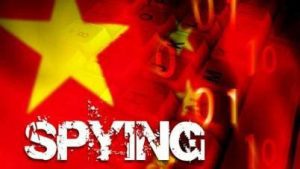 Jamie White | Info Wars – A register containing the list of nearly 2 million Chinese Communist Party members has been leaked, exposing members who are embedded all over the globe, including in UK and US corporations

“It is believed to be the first leak of its kind in the world,” Sky News host Sharri Markson reported Saturday.

“What’s amazing about this database is not just that it exposes people who are members of the communist party, and who are now living and working all over the world, from Australia to the US to the UK.”

“But it’s amazing because it lifts the lid on how the party operates under President and Chairman Xi Jinping,” she continued.

“Communist party branches have been set up inside western companies, allowing the infiltration of those companies by CCP members – who, if called on, are answerable directly to the communist party, to the Chairman, the president himself,” she added.

The Chinese Communist influence stretches all over the world, including in defense companies like Boeing , banks like HSBC, auto makers like Jaguar and Rolls Royce, and pharmaceutical corporations Astra Zeneca and Pfizer, which developed America’s COVID-19 vaccines.

And even more alarmingly, some party members had to swear an oath to “guard Party secrets, be loyal to the Party, work hard, fight for communism throughout my life…and never betray the Party”.

The leak was reportedly given by a “non-governmental source” to the Inter-Parliamentary Alliance on China (IPAC), who handed the information over to journalists.

“IPAC will push for governments and companies to respond setting out how they intend to safeguard their values in the face of infiltration,” the group said in a statement.

Former Tory Party leader Iain Duncan Smith reacted to the disturbing revelations, saying that the UK government must “expel” any CCP members from its Consuls in China.

“This investigation proves that members of the Chinese Communist Party are now spread around the globe, with members working for some of the world’s most important multinational corporations, academic institutions and our own diplomatic services,” Smith said.

“The Government must now move to expel and remove any members of the Communist Party from our Consuls throughout China. They can either serve the UK or the Chinese Communist Party. They cannot do both.”

The revelation is especially relevant for America given dozens of Democrat and even some Republican governors have cozied up to the Communist government in recent years.

🚨🚨
there are over 20 governors with direct ties to the CCP…

Over 20 governors alone have been photographed with CCP assets at some point.

This ingratiation with CCP members did not go unnoticed by Secretary of State Mike Pompeo, who earlier this year warned those governors during the National Governors Association in Washington that China was keeping close tabs on them.

“I’d be surprised if most of you in the audience have not been lobbied by the Chinese Communist Party directly,” Pompeo said.

“It’s happening in your states, with consequences for our foreign policy and for citizens that reside in your states…and affects our capacity to perform America’s vital national security functions,” he added.

Though this list represents a breach of only 2% of its members (there are around 92 million Chinese Communist Party members), that small percentage was effective enough to infiltrate many key industries of the Western world.