These Communists always try and project their perversion and corruption on to others. They are of their father the devil!

Baxter Dmitry | News Punch – Disgraced California Democratic Rep. Katie Hill, who resigned Sunday after being caught having an improper sexual relationship with one of her congressional staffers, among other questionable behaviors, posted a video to YouTube blaming “right-wing media” for her downfall. Hill resigned a week after Red State broke a story revealing that Hill was having a relationship with one of her congressional staffers. Photos emerged of Hill, naked, playing with her staffer’s hair, and taking hits from a bong.

In the wake of the #MeToo movement, for which Hill was an outspoken advocate, a new rule forbade such relationships because of the imbalance of power.

“This coordinated campaign carried out by the right wing media and Republican opponents enabling and perpetuating my husband’s abuse by providing him a platform is disgusting and unforgivable, and they will be held accountable,” Hill claimed in the video posted Monday, according to The Blaze.

“I will not allow myself to be a distraction from the constitutional crisis we’re faced with, and the critical work of my colleagues,” she continued. “I cannot let this horrible smear campaign get in the way of that work. 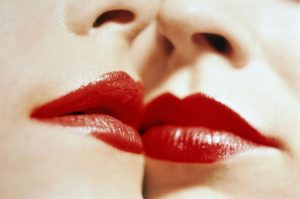 “I never claimed to be perfect,” the Democrat added, “but I never thought that my imperfections would be weaponized and used to try to destroy me, and the community I have loved for my entire life. For that, I am so incredibly sorry.”

Hill’s resignation hit the same tune, blaming her opponents for her misdeeds.

“This is what needs to happen,” Hill said of her resignation, “so that the good people who supported me will no longer be subjected to the pain inflicted by my abusive husband and the brutality of hateful political operatives who seem to happily provide a platform to a monster who is driving a smear campaign built upon cyber exploitation.”

“Having private photos of personal moments weaponized against me has been an appalling invasion of my privacy,” the letter continued. “It’s also illegal, and we are currently pursuing all of our available legal options.”

DailyWire reports: As noted by Ashe Schow, the media’s standards concerning inappropriate  relationships were suddenly different when a female, Hill, was the person in the position of power.