But he seemed to do the best he could. After all, it is hard to get thing done with the enemy at your side!!

So now it is up to US to Pray like never before so the LORD will take care of the Enemy! 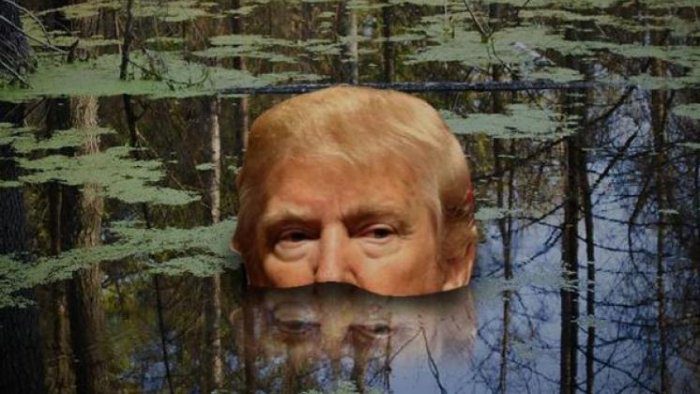 Dave Hodges | Common Sense Show – I spent nearly six years of my life supporting Donald Trump. I have been discriminated against, lost money and lost employment because of my support for him. For the good of the country and our younger generation, I though the risk was worth it. However, at the end of the day, Donald Trump has abandoned all who supported him and has, as a result exposed his loyal base to extreme danger at the hands of the Bolshevik wing of the Democratic Party. This article provides a brief overview of the greatest betrayal in American History. People in this country would have died defending Donald Trump. People will still die, but not because they are defending him, but because they were abandoned by him and exposed to extreme danger.

In September of 2018, while attending the Branson conference, hosted by Steve Quayle, I was put in contact with an advisor to the President on the topic of the, then, little known Section 230. I made the argument that if the President acted immediately, he had 6 weeks to stop social media from interfering in a race that would hand the Democrats the control of the House of Representatives. His advisor was more than interested, however, Trump did nothing and the Bolsheviks gained control of the House.

After the Trump administration created the most economic gains, in American History, the so-called and greatly exaggerated pandemic arrived. All of the economic progress was destroyed. Trump knew that China unleashed the virus. Trump had to have known what so many of us have learned in that the Democrats facilitated the development, delivery and distribution of the virus to America in order to wipe out Trump’s greatest strength, the economic condition of the United States. Hunter Biden, on Air Force 2, was responsible for virus delivery from the Ukraine to Wuhan. Trump knows and he did nothing to the Biden crime family and he lost the election to the Biden Mafia! He then allowed another mafia to gain control of America and impose unconstitutional mandates that further destroyed, not only the economy, but the civil liberties of all of America. He let Fauci and his conflict-of-interest-employer, Bill Gates, run the American economy into the ground. Trump even helped them by participating in the unsafe rush to vaccine program which allowed the globalist pharmaceuticals to make and estimated $32 billion in vaccine profits. Who ways crime does not pay? Trump did nothing and this was the beginning of the end for MAGA.

In the lead up to the election, there was a constant barrage of early-mail-in Trump votes found in empty fields or in trash cans. America knew as early as September that the fix was in and Trump should declare the Insurrection Act and seize control of the election and place it under the control of the military. Instead, Trump did nothing and he lost the election.

Also, in the lead up to the election, the infamous “laptop from hell” surfaced. It exposed massive criminal behavior on the part of both Joe Biden and his son, Hunter. However, the greatest sin that was revealed was a pattern of treasonous behavior from the Biden crime family. And what did Trump do? He did not even fire the FBI agents that sat on this critical information for over a year. Trump, again, did nothing.

One election night and into the next early morning hours, it was obvious that the election was being stolen. Trump held an impromptu press conference and identified the election fraud. He would have been within his rights to declare the Insurrection Act, with the provable participation of China. Trump could have placed all votes in the precincts, in the so-called swing states under the control of the military and America could have had a free and independent election.

In the aftermath of the election, many have come to the rescue of Trump. People like General Flynn and Sidney Powell have risked their very lives to save this President. Some of the people like myself, have put bullseyes on our backs because the Biden “Biden Brown-Shirts” will be calling on many of us in the near future in typical Bolshevik fashion. Medical martial law camps, which have nothing to do with the medical await at least 100 million Americans. As president, Trump must know this and yet, he did nothing to help those who risked everything to help him.

We even learned in the past two weeks, that Putin, Netanyahu, Turkey, his submarine commanders and the Space Force had placed themselves in the way of this Bolshevik theft of our elections. Despite all the support, which included 40 Generals who pledged to enforce EO’s 13848 and 13959 along with the Insurrection Act in order to overturn a corrupt takeover of this country. And yet, he has exposed all of his supporters to extreme retaliation, which has already commenced. Trump should have seized Menlo Park and taken over social media for treason, committed with Communist China and election interference and arrested the CEO’s and Board members of Big Tech. Yet, he did nothing and exposed his supporters to extreme danger. Some of you cry for Trump, you better cry for the 40 Generals who have been abandoned. Trump is the master of the art of the deal, one has to wonder why his apparent new deal did not include the welfare of those who risked everything for him. America, we are on our own as there is no longer a firewall between you and a FEMA camp.

The latter statement is what I cannot support. Trump has greatly exposed to harm, those who risked everything for him and got nothing but an attitude of depraved indifference in return. The majority of this nation would have gone to war for this President, and yet, he did nothing but abandon his base and expose all of conservative America to one of the greatest purges in world history. Many of you reading these words, will not die in your buds because of Donald Trump’s inaction. Most Christians, most conservatives will be purged by this incoming regime that has hijacked our nation. They will erase the crimes by erasing you and all of us have Donald Trump to thank for our very “dark winter”. You better get used to “Chinese takeout” because I promise you, under the leadership of Beijing Joe, the Chinese are coming to take you out!