Galatians 5:15-17 “But if ye bite and devour one another, take heed that ye be not consumed one of another.

America stands at the crossroads as revolutionaries plan change, control and chaos in our nation 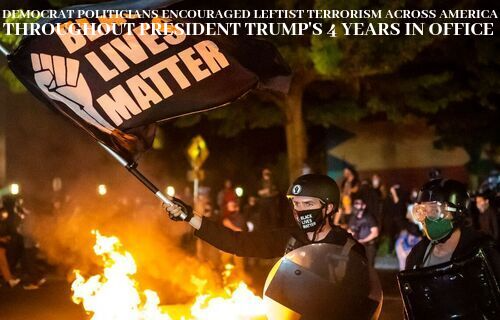 By Don Boys, Ph.D. for All News Pipeline

Revolutions in France, Russia, or Cuba didn’t happen by accident because they were planned, preached, and promoted by leftist thugs. Those thugs did not know that all revolutions devour their own.

In the eighteenth century, some eloquent, highborn French wanted a national makeover that stemmed from their hatred of Christ and the Bible, Christian morality, property rights, orderly government, and strong father-led homes. There were some legitimate complaints against the government but none that justified anarchy and wholesale executions without a trial.

The promoters of the French resistance, rebellion, and revolution were willing to wait for the time to strike.

Waiting gives revolutionaries time to organize and gather their cadre of conspirators. The French were led to the guillotine by suave, sophisticated, and often sincere spokesmen such as Voltaire, Jean-Jacques Rousseau, and other brilliant, immoral, but arrogant conspirators who detested revelation and deified reason. With the passing years, the leaders who replaced Voltaire and Rousseau were more vicious and deadly. They spoke about liberty, equality, and fraternity while they mocked their essence.

Voltaire and Rousseau would have been horrified if they had lived to see the Reign of Terror—heads rolling hour after hour in the middle of Paris; thousands of innocent people killed, usually without trial; climaxing in the dictatorship of Napoleon Bonaparte. Voltaire was known for freedom, independence, and defense of the little guy as expressed in his alleged comment, “I do not agree with what you say, but I will defend to the death your right to say it.” He would not have approved of the revolution that became a repulsive river of blood emanating from the guillotine in the center of Paris.

Rousseau famously wrote, “Man is born free, but is everywhere in chains,” so he would have vetoed the revolution. Both men would have been aghast, even ashamed with the destruction, deception, and death. However, their humanism, secularism, and distrust, distaste, and disdain for the crown, the church, and the cottage set the stage for what followed decades after their initial attack.

But they started it and are stuck with it. That’s what happens when a nation rejects heavenly revelation and snuggles up to human reasoning.

I wonder what Voltaire and Rousseau would have thought of present-day America where one is condemned for what he did, wrote, or said 30 years ago! Where you can’t say, “All lives matter” or “Blue Lives Matter,” but must say, “Black lives matter.” Where historical monuments are being destroyed, and history is being rewritten to resemble a fairy tale.

The French should have seen it coming over the decades as critics of the crown, the church, and the cottage became progressively louder, bolder, and shriller.

Local and clandestine Jacobin clubs (consisting of Philosophers, Freemasons, and Illuminati) were the workhorses of the Reign of Terror in 1793 during the dictatorship of the revolution. At the time, there were up to 8,000 clubs in France consisting of about 500,000 members. They were no longer merely civic or social clubs but instruments of terror.

Their ostensible responsibility was to help with the running of local governments, policing the local markets, and raising supplies for the military and local police departments. They presented themselves as the epitome of public virtue and were quick to point out anyone suspected of disloyalty to the cause. And, with missionary zeal, they helped destroy all vestiges of Christianity. They became the tool of terrorist leader Robespierre whom he manipulated to his advantage.

Members of the Jacobin clubs were “snake in the grass” Frenchmen who had been radicalized over decades and were waiting for the signal to rebel, resist, riot, and revolt. All leaders of the plot had secret names for one another in their private correspondence. It was arranged so that no one knew many members.

Most historians smile at the suggestion that the French Revolution was promoted by conspirators decades before the streets exploded and the guillotine blade became dull with constant use. Just another conspiracy theory.

Those historians are wrong.

Yale President Timothy Dwight was an American educator, Congregational minister, and President of Yale from 1886–1898. He documented the origin of the revolutionary Jacobin organizers who agitated for a brutal revolution. He declared, “About the year 1728, Voltaire, so celebrated for his wit and brilliancy and not less distinguished for his hatred of Christianity and his abandonment of principle, formed a systematical design to destroy Christianity and to introduce in its stead a general diffusion of irreligion and atheism. … With great art and insidiousness the doctrines of … Christian theology were rendered absurd and ridiculous; and the mind of the reader was insensibly steeled against conviction and duty.”

Dwight continued, “The fabrication of books of all kinds against Christianity, especially such as excite doubt and generate contempt and derision. … The being of God was denied and ridiculed … The possession of property was pronounced robbery. Chastity and natural affection were declared to be nothing more than groundless prejudices. Adultery, assassination, poisoning, and other crimes of the like infernal nature, were taught as lawful…provided the end was good. … The good ends proposed … are the overthrow of religion, government, and human society, civil and domestic. These they pronounce to be so good that murder, butchery, and war, however extended and dreadful, are declared by them to be completely justifiable.”

The slow but sure erosion of the foundations of France began with Voltaire and was continued by the self-righteous philosophers and anti-crown, anti-church, anti-family fanatics over the following decades.

They dispensed with the corrupt Roman Catholic Church and installed the Cult of Reason. A prostitute was enthroned at the Notre Dame Cathedral in Paris as the goddess of the French people. France was renamed The Republic of Virtue! The press and theaters were turned into tools for state propaganda. More than 2,000 churches were renamed Temples of Reason and became the voice of this cult. Crosses offended some people, so they were outlawed; religious monuments and statues were destroyed; public and private worship and education outlawed; Christian graves were desecrated. Churches were closed or used for immoral, lurid, licentious, scandalous depravities; and priests and ministers (along with those who harbored them) were executed on sight for a while.

What was their theme again? Liberty, Equality, and Fraternity.

The Apostle Peter warned about this in 2nd Peter 2:19 when he wrote, “While they promise them liberty, they themselves are the servants of corruption: for of whom a man is overcome, of the same is he brought in bondage.” 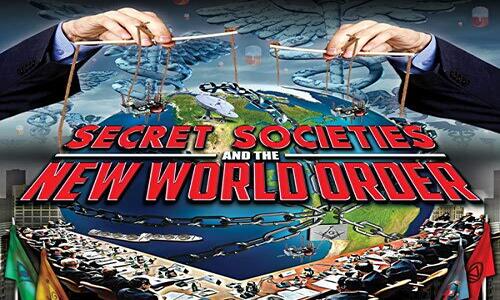 All secret societies are dishonest, deceptive, and dangerous to any society, whether it be the KKK, the Freemasons, or the elitist Order of Skull and Bones, a Yale University society originally known as the Brotherhood of Death. All sober people should flee such groups as if their hair was on fire. However, insecure elitists gravitate to such groups where they wallow in supposed superiority and delight in awarding and receiving honors. They spend much time patting each other on the back and stroking each other’s egos.

The secretive Jacobins (who met on Jacob Street in Paris) were sensitive to public virtue but thought personal virtue repugnant. They reported people who were suspects or who were not sufficiently pro-terror. It was an ideal time to take revenge on someone by suggesting to others about his or her suspicious political positions.

Many top-level aristocrats who had suspicious political views were beheaded or imprisoned, while those who remained alive lost all special treatment and privileges. The middle class took control following the much-touted program of Liberty, Equality, and Fraternity. That was great for a while, but when Robespierre took control, terror reigned. Civil war followed as believers of the monarchy (upper class) fought the revolutionaries (mainly lower-class except for leaders) for control. About half a million people were imprisoned between 1793 and 1794, and up to 300,000 were killed by firing squad and drowning. The bloody guillotine claimed 40,000 lives (without trial) in Paris, most of them because they held the wrong political views.

The basic philosophy behind and driving the Revolution was an attack on all authority—the church, the crown, the cottage. It was a deliberate conspiracy or plot to overthrow the throne, altar, and authoritarian family structure in Europe. The motive was the dissolution of all civil society. They would not need government because they believed in man’s perfectibility; consequently, no government would be necessary. This belief resulted from the influence of the Illuminati, who became leaders in the Jacobin clubs.

America stands at the crossroads. Revolutionary leaders in the U.S. make their destructive contributions to national disruption as Robespierre and Denis Diderot did in France. All revolutionaries plan change, control, and chaos in their nation.

They must be stopped, but revolutions, once started, are almost impossible to stop.

(Dr. Don Boys is a former member of the Indiana House of Representatives who ran a large Christian school in Indianapolis and wrote columns for USA Today for 8 years. Boys authored 18 books, the most recent being Muslim Invasion: The Fuse is Burning! The eBook is available here with the printed edition (and other titles) at www.cstnews.com. Follow him on Facebook at Don Boys, Ph.D.; and visit his blog. Send a request to DBoysphd@aol.com for a free subscription to his articles, and click here to support his work with a donation.)