“She declares there’s no crisis. She removes the National Guard, and now she’s there asking for money.” That is a typical Ass Clown Democrat for you! 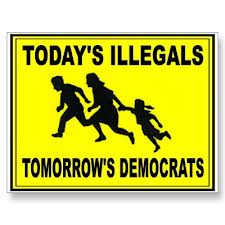 Kelen McBreen | News Wars – New Mexico Gov. Michelle Lujan Grisham (D) is asking the federal government to increase its personnel on the border after previously withdrawing most of the state’s National Guard troops.

In February, Grisham announced the withdrawal of most New Mexico National Guard troops stationed on the border and said President Trump is engaged in a “charade of border fear-mongering.”

“I reject the federal contention that there exists an overwhelming national security crisis at the Southern border,” Lujan Grisham said, adding that the area has “some of the safest communities in the country.”

“It should go without saying that regular citizens have no authority to arrest or detain anyone,” she declared.

During the meeting, Grisham asked McAleenan to increase the amount of government personnel placed at the border and requested reimbursement for money spent on humanitarian assistance.

“The governor wants to continue to urge the federal government to increase its personnel on the border as a means of improving the logistical and communications output,” a spokesperson for Gov. Grisham said.

Some of the money Grisham wishes to be reimbursed for was spent busing illegals to cities like Denver, Colorado and Dallas, Texas.

The New Mexico Governor bragged, “We figured out a way to get 55 folks out of Las Cruces and to Denver. We’re going to continue to do everything like that that we can in the short term.”

“Everything in her actions indicates that she believes there’s a crisis, but yet she will not dedicate the resources or request to her colleagues in Congress to start passing the laws that will change the situation there,” he continued. “The border communities are going to continue to be overrun.”