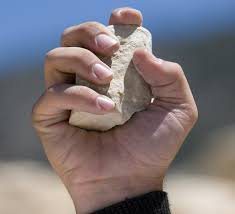 If we lived in a Fair and Equal Society — then the BIG MOUTHS — the ones who always want said equality — would heed the words of the Lord.

Matthew 7:1-5 “Judge not, that ye be not judged. 2 For with what judgment ye judge, ye shall be judged: and with what measure ye mete, it shall be measured to you again. 3 And why beholdest thou the mote that is in thy brother’s eye, but considerest not the beam that is in thine own eye? 4 Or how wilt thou say to thy brother, Let me pull out the mote out of thine eye; and, behold, a beam is in thine own eye?”

But alas, it is only for the other guy when it comes to a Communist Democrat. I have found that if you live in a glass house you should not be throwing stones!!

The Senate moved forward with day three of its second pointless impeachment trial Thursday, pursuing the conviction of a president already out of office over alleged “incitement of insurrection” regarding the attacks on the U.S. Capitol building in early January.

House Democrats passed the snap impeachment within a week of the riot, without one hearing or one witness, charging then-President Donald Trump with provoking the mob of his supporters to storm the Capitol building with a speech that encouraged them to protest peacefully. Despite the horde of his supporters beginning their assault before the president had even finished his speech, Democrats declared Trump was solely responsible anyway and have now kept the Senate’s top priority on punishing an ousted president as the nation faces crises on several fronts.

Meanwhile, President Joe “Unity” Biden has a history of his own encouraging political violence against opponents, and the media remained virtually silent in what has become a routine double standard.

See five examples of the now-president doing just that Here

Democrats and their allies in the media are ready to condemn riots now that the turmoil has shifted to fit their narrative.

On Wednesday, a mob of Trump supporters stormed the U.S. Capitol building. It was an astonishing display of anarchic protest that delayed congressional certification of the Electoral College vote formally handing former Vice President Joe Biden the keys to the White House. Read more here 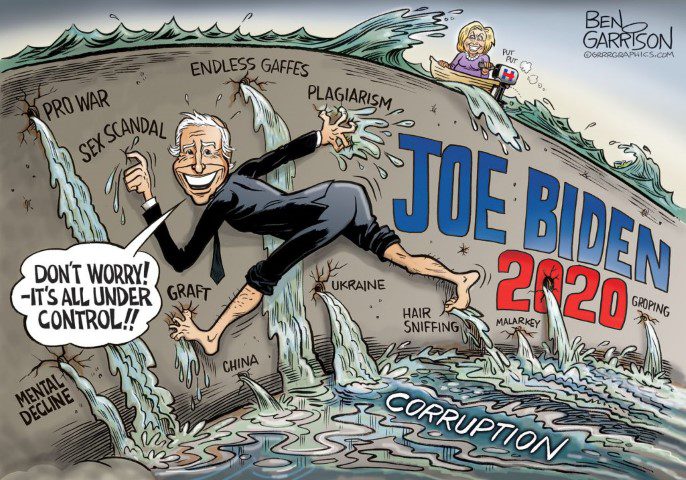 Bimbo Jezebel Hirono: Democrats Were Talking about Fighting for Others. When Trump Says ‘Fight,’ It Means Fight for Him

On Friday’s broadcast of MSNBC’s “Rachel Maddow Show,” Sen. Mazie Hirono (D-HI) reacted to former President Donald Trump’s lawyers playing clips of past rhetoric by Democrats at the Senate’s impeachment trial by stating that the Democrats were talking about fighting for immigrants, students, or people who don’t have jobs, but when Trump uses the word, “fight,” then “we know he means fight for me, fight for me, Trump.”  Source

What was Jesus saying…, in plain English? Before you accuse someone of something, you need to check yourself to be sure YOU

are above reproach! If you have any sin in your life, you have no business worrying about where someone else is failing. You need to repent of your wicked ways! That is the message being conveyed in the axiom: “people who live in Glass Houses should not throw Stones”!!!! You can however “judge” peoples actions IF you have removed that “BEAM” out of your own eye!

by Rev. Austin Miles – The first thing ‘lawmakers’ should know is (stand by),  the law!  What a concept! And they should know the names for legitimate legal charges and what evidence is needed to push that agenda . To the lawmakers, the impeachment process means a very serious charge against a president, or another high ranking politician, that could present a threat to our democracy by faulty actions. President Trump did none of that.

The former President , the most popular and productive president in history was hit with a cheap action to try and pull him down in to get him away from the public eye, and basically, to make him a non person, which has been a Soviet tactic during its entire history.

The dumbocrats hated Trump because he was heralded as the greatest president in history.  He showed power in dealing with foreign nations including China who had been diddling us in trade for a number of years. He had a strong voice and everyone listened.  He did everything he said he would do while the country was enjoying the greatest economy in its history. And America became great again.

The dem rats panicked when Trump was to run for another four years and began digging to find anything that would bring him down, even if they had to invent something, which they did. There has never been a mandate for honesty in Democrat politics except when JFK, my cousin was president.   This bunch today wanted Communist rule not Republican rule.

The new election contest brought Trump 77 million votes. However, the Dems worked hard to have machines switch votes and to kill votes in the millions, including those that came directly out of the cemetery. Dead people were very active in this last election while other Trump  ballots were thrown by the hundreds into the river.

So the new IMPEACH DONALD TRUMP movement came out of the house.  There was of necessity a legal statement as to why Trump should be impeached. One thing they swore to was that Trump was responsible for the January 6th riot at the Capitol Building.

These misfits could NOT come up with one thing to affirm that garbage, no TV clip, or witness that said that the mobs were told to storm the Capitol. And as you no doubt noticed, every newscast of this event stated that “Trump Supporters were the rioters .”

They absolutely were NOT. When all this failed, then cometh the impeachment czars.

The so-called Impeachment of Trump was novel to say the least.  Impeachment is only carried out for a President or a highly positioned politician when they have breeched their sworn duties. Not for someone who does not hold an office.  Got that? Trump did not hold an office of any kind during the time the impeachment tale was hatched.

Well, here’s the kicker: Trump was no longer a holder of the Oval Office. He did not live in the White House or even in D.C.  So how in the name of the devil’s domain, did they manage to impeach him when he was, at that time, a citizen. He held no office whatsoever.

Impeachment is ONLY for a high political office holder.

Trump had absolutely nothing to do with that raid on the Capitol as the dem rats SWEAR that he did.   The BLM Activist who directed the January 6th Capitol invasion was John E. Sullivan of Utah. He has a history of organizing violent Antifa, BLM protests and was seen inside the capitol during the invasion.

The events of January 6th were never as straight forward as they were depicted by those seeking an excuse to criminalize political opposition.

So here are the events s of that day as they happened:

Interesting, shortly after this hoo roar, John Sullivan was released from custody.

This all makes as much sense as the sleight of hand magician who was booked for the half time show at the Super Bowl with a thimble routine.