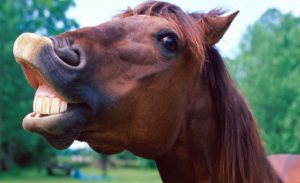 Breitbart News – Liberal media outlets issued bizarre “fact-checks” after the Polish government revealed migrants have videos of executions and illegal sex acts on their phones, objecting that a bestiality video featured a mare rather than a cow as originally reported, for example.

Poland declared a state of emergency on its border with Belarus, the former Soviet Socialist Republic governed by Alexander Lukashenko, after the quasi-Stalinist regime in Minsk began pushing migrants from Africa, the Middle East, and South Asia into the country and the neighbouring EU member-state of Lithuania earlier this year.

Lukashenko is accused of engineering the crisis to punish Poland and Lithuania for offering refuge and moral support to Belarusian dissidents as a form of “hybrid warfare”, but Poland, in particular, has been resolute in guarding its border, leading to armed stand-offs with Polish border guards and military on one side of the frontier and Belarusian personnel on the other, not allowing the migrants trapped between them to go back the way they came.

Under pressure from globalist European and United Nations officials to give in, Poland’s interior minister, Mariusz Kamiński, held a press conference revealing that mobile telephones recovered from migrants at the border feature child pornography, acts of bestiality, and terrorist atrocities, even showing some censored images of the material — prompting an angry backlash from elements of the mainstream media.

“Fact-checking” and investigative journalism outlet OKO.press, for example, published an article by University of Warsaw graduate Dominika Sitnicka titled ‘“Kaminski’s Cow” is an old recording from the Internet. And she’s a mare too’, stressing the fact that an image of a man sexually abusing an animal found on one of the telephones appeared to be “an old recording, and what’s more, it’s not a cow, but a mare.”

“What government expert mistook a cow for a mare?” demanded the unnamed individual who contacted OKO. press about the provenance of the image, having trawled through bestiality videos in an effort to get one over the national conservative government — as if the species of animal being abused was the issue at stake.

Sitnicka added that it was “difficult not to notice a reference to the racist stereotype that Arabs coexist with animals” in the decision to publicise the discovery of bestiality images.

“Nothing comes from the fact that someone has obscene movies on the phone or scenes of zoophilia. This is not evidence that he committed such acts himself,” added Grzegorz Małecki, a former Foreign Intelligence Agency chief, in comments to the fact-checker.

Read the rest at Breitbart News