Psalms 14:1-4 “The fool hath said in his heart, There is no God. They are corrupt, they have done abominable works, there is none that doeth good. 2 The LORD looked down from heaven upon the children of men, to see if there were any that did understand, and seek God. 3 They are all gone aside, they are all together become filthy: there is none that doeth good, no, not one. 4 Have all the workers of iniquity no knowledge? who eat up my people as they eat bread, and call not upon the LORD.”

The Illegitimate Catholic President, Sleepy Demented Commie China Joe Biden, has angered millions of Americans after he announced plans to ditch God and “promote atheism” instead.

News Punch – A group of Republicans, led by Rep. Jim Banks, are demanding answers over a program launched by the Biden administration that aims to “promote atheism worldwide.”

Biden’s Bureau of Democracy, Human Rights, and Labor’s (DRL) grant program will use taxpayer funds to promote atheism and “humanism” at home and abroad.

Banks, who chairs the Republican Study Committee, penned a letter to Biden and Secretary of State Antony Blinken to demand answers about the plan.

“We are writing to express our grave concern that the State Department is using appropriated funds to support atheism and radical, progressive orthodoxy across the world,” the group declared.

“It announced a ‘competitive’ c process that would award grants of up to $500,000 to organizations committed to the practice and spread of atheism and humanism, namely in South/Central Asia and in the Middle East/North Africa.“

“To be clear, atheism and ‘humanism’ are official belief systems.“

“As an initial matter, therefore, we would like to know what other United States government programs supported with appropriated funds are being used either to encourage, inculcate, or to disparage any official belief system – atheist, humanist, Christian, Muslim, or otherwise.“

“It is one thing for the Department to be tolerant and respectful of a wide range of belief systems, and to encourage governments to respect the religious freedom interests of their citizens.“

“It is quite another for the United States government to work actively to empower atheists, humanists, non-practicing, and non-affiliated in public decision-making.“

“Any such program – for any religiously-identifiable group – in the United States would be unconstitutional,” the group said. 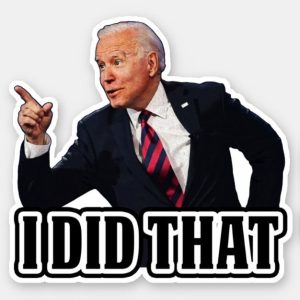 Foxnews.com reports: “In addition to its constitutionally dubious legal foundation, we also question how such a grant or cooperative agreement program advances the foreign policy interests of the United States,” it continued. “Were such programs known by the citizens of the target countries, we would expect that local populations, interest groups, and governments would bristle at what any ‘objective observer’ would see as ‘covert’ funding from a foreign power designed to shatter local religious and cultural relationships.”

The Republicans wrote that this is “not ‘religious freedom’” and the DRL’s NOFO on the subject “prioritizes atheists and humanists above all other potential recipients.” They also argued that the prioritization violates “both the Establishment and Free Exercise Clauses” as well as the “the No Religious Test Clause of Article VI” of the Constitution.

“In the NOFO, the State Department characterizes atheists as a unique religious group while then encouraging the building of “networks and advocacy groups” for atheists,” the letter read. “This would be analogous to official State Department promotion of religious freedom ‘particularly for Christians’ in China, with the express goal being to build a corresponding missionary network.”

“Obviously, this goal that would never pass constitutional muster and would be derided by radical leftist bureaucrats in your agency as completely out-of-bounds,” they continued. “So why is this atheist NOFO not viewed with similar objection?”

The lawmakers wrote that “Americans rightly discern this as a part of the broader effort on the part of your administration to promote radical, progressive orthodoxy abroad” and highlighted that atheism “is an integral part of the belief system of Marxism and communism.”

“A few weeks ago, the United States Embassy in Germany erected a ‘Black Lives Matter’ flag. Americans should be very alarmed at this. It’s not only that ‘Black Lives Matter’ remains a highly divisive and increasingly unpopular movement here in the United States; the display is also denoting a promotion of a specific radical organization. Other recent initiatives of the State Department include creating a ‘Special Representative for Racial Equity and Justice,’ whose mission will be to spread Critical Race Theory and other progressive dogmas worldwide, and working to remove restrictions on abortion around the globe.”

Banks and his colleagues concluded the letter with a list of 12 questions regarding the grant program and how it helps U.S. foreign policy.

Joining Banks on the letter are several prominent Republican lawmakers, including Reps. Dan Crenshaw of Texas, Lisa McClain of Michigan, and Tim Walberg of Michigan.

The RSC 2023 budget proposal would “ban any funds from going to any attempt by the State Department to promote anti-American ideas such as Critical Race Theory (CRT) or to allow the U.N. to audit the U.S. human rights record.”

The Republicans’ letter comes as the Biden administration takes heat for its slew of liberal policies that have raised serious red flags.

From the failed attempt to establish a disinformation governance board to the State Department’s appointment of Desirée Cormier Smith as the Special Representative for Racial Equity and Justice.

The White House and State Department did not immediately respond to Fox News Digital’s requests for comment.