This breaking news was totally predicted and expected. The Chart, (we all know about charts right) has shown the curve will continue a sharp upward turn! 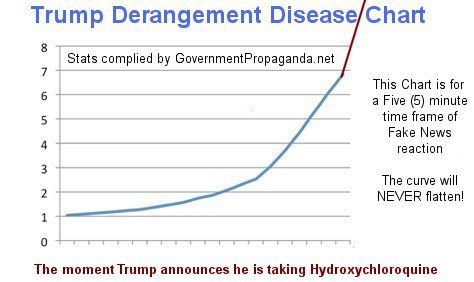 Some expected side-effects has caused severe, long lasting brain damage as a result of the President taking hydroxychloroquine. It may even result in Suicide! He was warned of the consequences, and now is responsible for the damage it has caused! 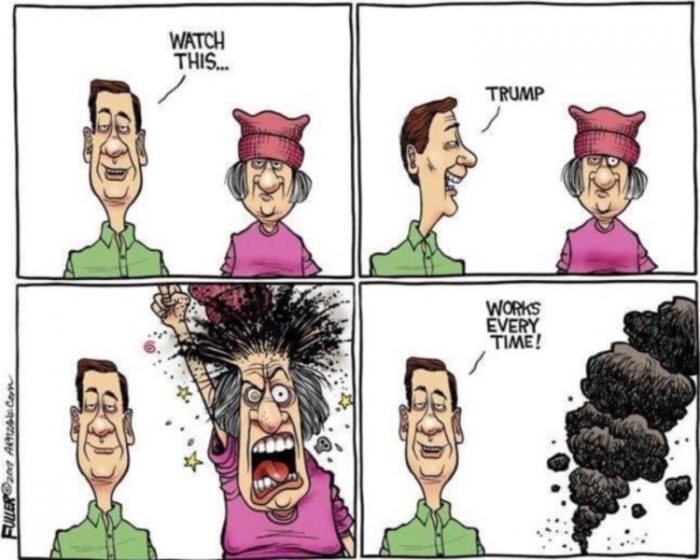 Dennis Behreandt | The New American – On Monday came the revelation from President Trump that he had started taking the drug hydroxychloroquine. Speaking at a meeting of restaurant executives, the president said he’d started taking the medication more than a week earlier. “A couple of weeks ago, I started taking it,” Trump said, according to CNN.

Results from those being treated with the drug are promising, though its use for COVID-19 treatment is “off-label” and proper clinical testing is still needed. Still, doctors such as Vladimir Zelenko report success.

In an interview with The New American, Dr. Zelenko, a physician working near New York City, the epicenter of the outbreak in the United States, described his use of the drug along with zinc in the treatment of COVID-19:

So it turns out that zinc, it’s well-known that it inhibits viral replication and specifically in the cytoplasm, in the inside of the cell there is an enzyme … and it’s used by the virus to make copies of its genetic material so that it makes more virus. So this enzyme is essential to viral growth. Turns out that zinc inhibits that enzyme, it deactivates the enzyme and so it makes it very difficult if not impossible for the virus to grow. The problem that we have with zinc is that it doesn’t get into the cell at all because its like oil and water. Zinc is a positive charged ion that is dissolved in the plasma and the cell membrane is essentially cholesterol — it’s made up of a phospholipid bilayer essentially. So what that is, is oil and water. So even though zinc is effective against the viral growth, it cannot get into the place where the virus is. So what does hydroxychloriquine do? In this case, it’s nothing more than opening a door, a channel, a zinc transport channel, it’s called a zinc ionophore, and it allows for zinc to go from outside the cell to the cytoplasm, to inside the cell.

Newsweek reported that in comments to the Wall Street Journal, Rep. Marshall said more people should be looking to hydroxychloroquine to head off COVID-19. “I would encourage any person over the age of 65 or with an underlying medical condition to talk to their own physician about taking hydroxychloroquine and I’m relieved President Trump is taking it,” Newsweek said the congressman told the Journal.

It is worth noting, in addition, that Congressman Marshall has been active in actually treating COVID-19 patients. According to Newsweek, “Last month, he missed the House vote on the stimulus bill because he had volunteered to treat coronavirus patients at the Swope Health Clinic.”

Not long after the president admitted that he was taking the drug, the White House released a letter from the president’s physician, Dr. Sean Conley, addressing Trump’s use of the drug. In it’s full text, the letter reads:

As has been previously reported, two weeks ago one of the President’s support staff tested positive for COVID-19. The President is in very good health and has remained symptom-free. He receives regular COVID-19 testing, all negative to date.

After numerous discussions he and I had regarding the evidence for and against the use of hydroxychloroquine, we concluded the potential benefit from treatment outweighed the relative risks.

In consultation with our inter-agency partners and subject matter experts around the country, I continue to monitor the myriad studies investigating potential COVID-19 therapies, and I anticipate employing the same shared medical decision making based on the evidence at hand in the future.

This sounds like something a very well-informed and competent doctor might say. Indeed, providing such care to the president under the circumstances is the eminently responsible course of action, as failure to protect the president by using available capabilities in order to conform to left-wing prejudice would be a severe dereliction of duty.

Dr. Marc Siegel, a contributor to Fox News, also defended the president’s use of the drug. “This drug hydroxychloroquine, which we’ve used in millions of people against malaria [as a] prophylaxis so that you don’t get malaria, it’s used for lupus and other rheumatological problems,” Siegel told Tucker Carlson. “A top rheumatologist told me that in the lab, it shows anti-viral activity against COVID-19, and it prevents uptake in the cells and it also decreases the inflammation that we’re seeing with this virus.”

Still, world-leading medical expert Nancy Pelosi is aghast. “He’s our president, and I would rather he not be taking something that has not been approved by the scientists, especially in his age group and his, shall we say, weight group,” Pelosi, who could not resist insulting the president, told CNN’s Anderson Cooper. “I think it’s not a good idea,” she said, calling the president “morbidly obese.”

Noted medical expert Stephen Colbert also took a break from seeing patients to joke from his medical desk at The Late Show about the president “slowly poisoning himself with the Dr. Jekyl method.”

Another internationally recognized medical hero, Neil Cavuto of Fox News, also joined Pelosi and Colbert in offering his own medical warning. “Those who took it, in a vulnerable population, including those with respiratory or other conditions, they died. I want to stress again — they died,” Cavuto said. “If you are in a risky population here and you are taking this as a preventative treatment to ward off the virus or, in a worst-case scenario, you are dealing with the virus, and you are in this vulnerable population, it will kill you. I cannot stress that enough. This will kill you.”

Perhaps someone should warn the World Health Organization about this deadly drug. Currently, WHO lists hydroxychloroquine as an essential medicine, described by the organization as among “the most efficacious, safe and cost–effective medicines for priority conditions.”

Now Nasty Nancy Pelosi has got a Cure for America! 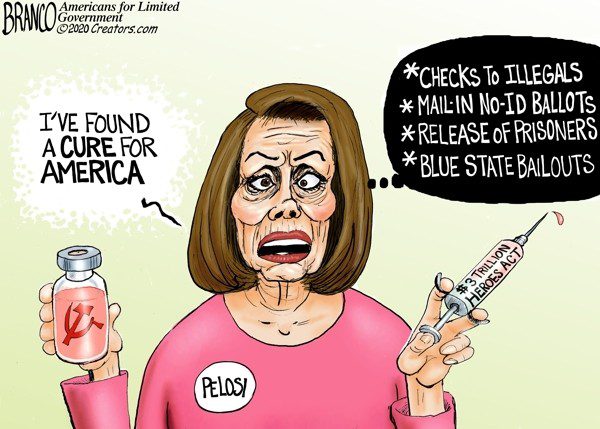 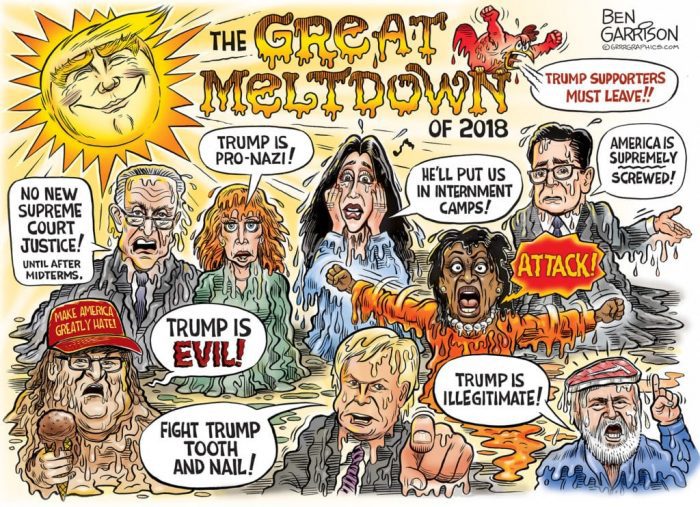