Posts cartoon of cops hunting down a black man. 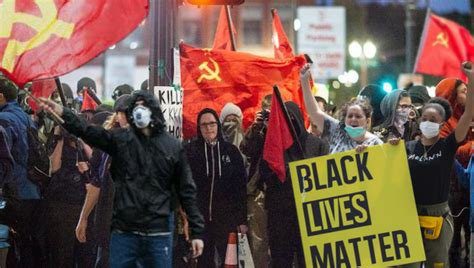 “Statistics show, time and again, that some are disproportionately prejudiced against in the U.S. #FightRacism,” tweeted the official Xinhua News account.

The image shows three white police officers and a dog hunting down an African-American male to the refrain of “hunt that blackie!”

Statistics show, time and again, that some are disproportionately prejudiced against in the U.S. #FightRacism pic.twitter.com/e5HS4R7raL

Following the death of George Floyd and the explosion of BLM riots and demonstrations that followed, Chinese media and Communist political figures threw their weight behind the movement as a means of criticizing America’s human rights record.

This is pretty rich given that China literally icarcerates dissidents in re-education gulags and harvests the organs of political prisoners.

Respondents to the tweet pointed out the revolting irony.

“So how are the Uighurs doing up in Xinjiang?” asked one.

Another respondent pointed out how China literally removes black people from promos for Hollywood movies.

China is one of the most racist countries in the world towards black people.

As this Spectator article documents, even Chinese people with darker skin are treated badly, with children being called “monkeys” if they don’t have a pale complexion.

Racism in China is “so commonplace it can seem almost cheerful,” writes Carola Binney, who spent a year in China teaching English, adding that racism is a “standard undercurrent of public debate.”