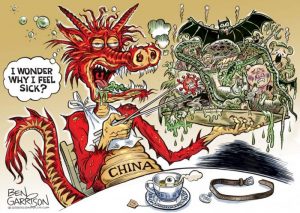 Paul Joseph Watson | Info Wars – Researcher and attorney Michael P. Senger suggests that the Chinese government launched an aggressive propaganda campaign to exaggerate the severity of coronavirus in order to force the rest of the world into a draconian lockdown that would serve to benefit Beijing.

In an article for Tablet Magazine, Senger details how in late January, “international COVID-19 hysteria began” with a series of suspicious videos posted to social media sites showing people in China suddenly collapsing on the streets, including one instance where a man held out his arm to break his fall, suggesting the collapse was staged.

After tens of millions of people were confined to their homes during one of the most brutally enforced lockdowns in history, Senger notes how in February the CCP “reported an exponential decline in coronavirus cases, until March 19 when they announced their lockdown had eliminated domestic cases entirely.”

China has officially recorded just 4,634 deaths from coronavirus, despite having a population almost five times larger than the United States, where the current death toll stands at over 205,000.

The World Health Organization and other scientific experts then waxed lyrical about China’s response to COVID-19, which is what led to virtually every other country on the planet mirroring its approach.

However, Senger argues that the initial hysteria over COVID and lockdown that followed could have been a carefully orchestrated Chinese propaganda campaign to hoodwink its hegemonic competitors into destroying their own economies in response to a virus with a relatively low fatality rate.

The researcher documents how armies of Chinese bot accounts on Twitter were instrumental in promoting early lockdowns in countries like Italy while bombarding political figures who refused to order strict lockdowns, such as South Dakota Gov. Kristi Noem, with criticism and abuse.

He also highlights how Chinese state media organs savaged the “herd immunity” approach, which was initially considered but then rejected by several western leaders, as a violation of “human rights.”

“The most benign possible explanation for the CCP’s campaign for global lockdowns is that the party aggressively promoted the same lie internationally as domestically—that lockdowns worked.
For party members, when Wuhan locked down it likely went without saying that the lockdown would “eliminate” coronavirus; if Xi willed it to be true, then it must be so. This is the totalitarian pathology that George Orwell called “double-think.” But the fact that authoritarian regimes always lie does not give them a right to spread deadly lies to the rest of the world, especially by clandestine means.”

“And then there’s the possibility that by shutting down the world, Xi Jinping, who vaulted through the ranks of the party, quotes ancient Chinese scholars, has mastered debts and derivatives, studies complexity science, and envisions a socialist future with China at its center, knew exactly what he was doing.”

Senger’s theory holds weight when one considers how China has now been back to “normal” for months, while western countries, still panicked by COVID hysteria, continue to lockdown their citizens and cripple their own economies despite hospitalizations and deaths due to coronavirus having flatlined in countries like the United Kingdom. 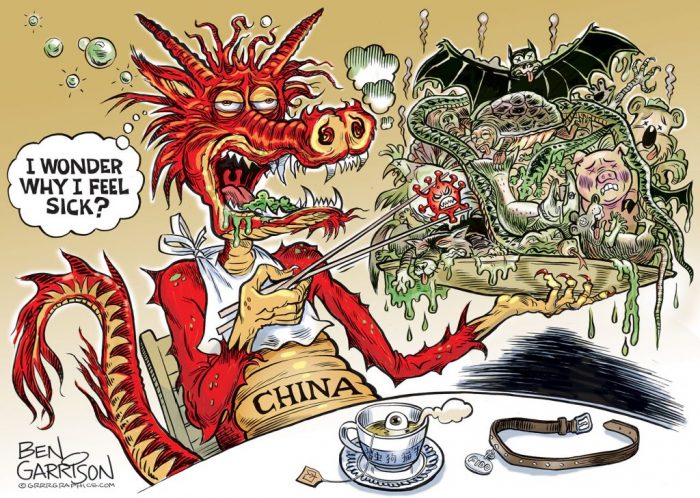