The Whole of Those Who Identify as Democrats Are Liars, Cheats and Thieves!

And many in the Republican Camp as well. Reporter wise,  Chris Matthews, John Roberts, and many other closeted RINO’s!

And all they do is Destroy everything they come in contact with! 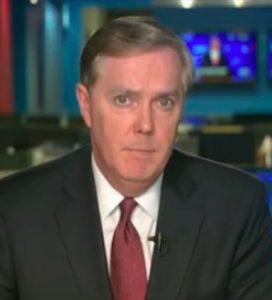 Political editor Steve Scully, who was scheduled to moderate the next presidential debate, has been suspended from C-SPAN indefinitely after he admitted to lying about his Twitter account being hacked, according to reports.

After being called a “never Trumper” by the president on Twitter last week, Scully tweeted former White House Communications Director Anthony Scaramucci if he should “respond to Trump.”

“I ask for their [C-SPAN colleagues, fellow news professionals and the debate commission] forgiveness as I try to move forward in a moment of reflection and disappointment in myself.”

The network slammed the 30-year C-SPAN veteran for his “serious mistake.”

“He understands that he made a serious mistake,” said C-SPAN. “We were very saddened by this news and do not condone his actions.”

The selection of Scully was indeed questionable, given that he previously interned for Joe Biden and even bashed Trump on social media.

Steve Scully the Next Moderator Was a Biden Senate Intern

Now, due to the second debate being canceled, mainstream media networks are hosting separate town halls for Joe Biden and President Donald Trump.

I was right again! Steve Scully just admitted he was lying about his Twitter being hacked. The Debate was Rigged! He was suspended from @cspan indefinitely. The Trump Campaign was not treated fairly by the “Commission”. Did I show good instincts in being the first to know?

Listen to the Communist Democrat Bastard ADMIT the LIE, CHEAT and STEAL!