Jezebel’s flock together: Meghan McCain Upset with my response to her Tweet telling Roger Stone to “Rot in Hell” 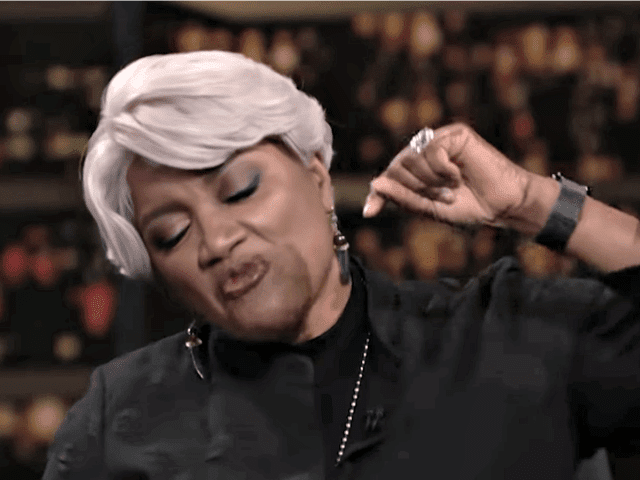 Neon Nettle – Fox News contributor Donna Brazile launched a vitriolic tirade against Republican operative Roger Stone, who was found guilty of all seven counts against him as part of Robert Mueller’s Russia probe.

Appearing Friday on HBO’s Real Time with Bill Maher, Brazile made the remarks against Stone when Maher asked whether President Donald Trump will pardon Stone,

“Well, he’s going to be sentenced February 6th — I hope he roasts in hell, that son of a B*tch,” Brazile blasted.

“Whoa, hold my beer!” Maher joked.
The Democrat operative continued:
“[Stone] worked with WikiLeaks to destroy not just Democrats, but to destroy our democracy, so I hope he roasts in hell, and I wish I’m at the sentencing hearing cuz I’m going to wear the best looking red dress I could and say go to hell. Not jail.
“Anybody who sits down and tries to work with a foreign government that is trying to destroy our country, destroy our candidate, yeah they work to destroy Hillary Clinton. “They worked as sow discord between Hillary and Bernie.
“And yes, they took our emails, took our personal information, and then they turned against us and threatened our lives, and harassed us.”
She added: “Go to f**kin’ jail. Go to jail, go to hell. I’ve never been so proud of jurors. Hell yeah, thank God I wasn’t on that damn jury, you just worked me up, shit, how do you wake me up like this? I can’t stand that son of a b*tch.”
Brazile concluded: “I have a lot of love; I’m going to have to work really hard. I’m forgiving him.
“They threatened us, they went after us, and he understood what was at stake, and you saw the testimony said, they were gleeful.
“Screw them, bunch of b**tards. They were gleeful.”
Stone was convicted of lying to Congress, obstructing an investigation, and intimidating a witness, a jury found on Friday.
The Trump ally was found guilty on five separate counts of lying to the House Intelligence Committee, as well as a further two more charges of obstructing a congressional investigation and intimidating a witness following a two-week trial.
Stone, 67, is facing up to 20 years in prison.
Judge Amy Berman Jackson is expected to hand down Stone’s sentence in the coming weeks.
By the way, What is it with these Black Bimbo’s spray painting their hair White? Halloween is over! I guess these Jezebel Clowns don’t realize it! 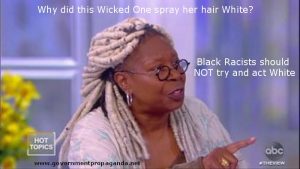