They are no better than the Communist Traitor Democrat run Fake News!

This angered me because I was watching Harris and then they went to the briefing. Yep they cut away, and I immediately switched over to One America News OAN, where I should have been in the first place! 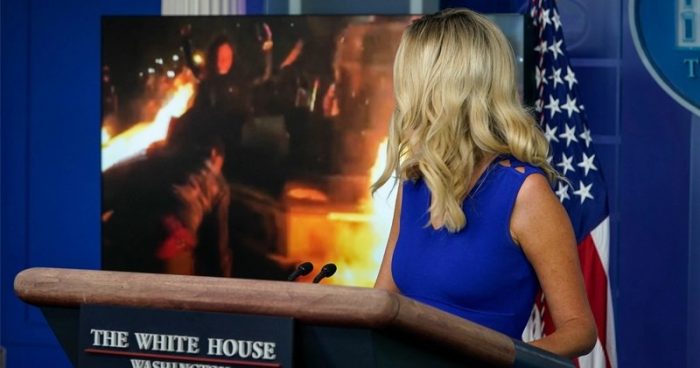 Ben Warren | Info Wars – Fox News abruptly cut away from a White House press conference after Press Secretary Kayleigh McEnany showed footage of Portland’s violent riots.The network was “not expecting” the footage and Fox’s management decided to “pull away” from the Friday briefing, according to host Harris Faulkner.

Really smart for the White House to expose the Fake News Media’s lies that these are “peaceful protests.” pic.twitter.com/KVOdbYUwYx

“As you can see, that is anything but a peaceful protest,” were McEnany’s last words before Fox panned to Faulkner.

“All right, we were not expecting that video and our management here at Fox News has decided we will pull away from that at this time,” said Faulkner.

McEnany’s briefing ended up being 30 minutes long, but Fox cut its coverage a little over three minutes into the event.

The full briefing can be seen below: