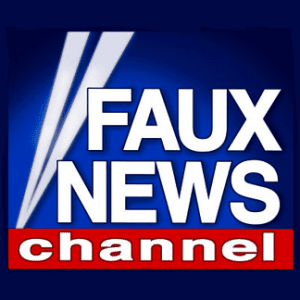 Faux News has Traitors and ENEMIES WITHIN! They are behind scenes—are the Faux News—and are Gaslighting you! I have tried to warn you groupies for years!!

I stopped watching the Traitorous Commie Faux News except for Tucker for the same reason I DON’T DRINK OUT OF THE TOILET!

Watch ONE America News or News Max. They are Much Better!

Fox News Sucks! “And Folks, “Now you know the rest of the story”

The Trump campaign pointed out that the director of Fox News’ election decision desk, Arnon Mishkin, is not an impartial observer but rather a staunch supporter of the Democrats. Both the Trump campaign and other observers have argued that it was too early to call Arizona for Joe Biden.

The director of Fox News' election decision desk, Arnon Mishkin, voted for Hillary Clinton in 2016 and donated to Obama/Biden in 2008.

He's the one who called Arizona for Biden prematurely. RESCIND! https://t.co/BfAq7TOYdL pic.twitter.com/1LVLj9JQVg

Arnon Mishkin, as director of the decision desk, can essentially tell “viewers … who won the election.” The decision desk and the polling group are described as being “among the few endeavors at Fox that have proven immune to the president’s takeover of the network.”

Mishkin has reportedly admitted he is a “registered Democrat” who voted for Hillary Clinton in the 2016 election. He also financially contributed to the Obama/Biden campaign in 2008.

In his position as head of the decision desk, Mishkin was ultimately responsible for calling Arizona for Biden, an announcement which made waves in the mainstream media as a crucial victory in Biden’s bid to become president.  Read More

Here is a Communist Traitor—a Wolf in Sheep’s Clothing—Chrissy Wallace!

What planet is he on, and what kind of glasses does this Traitor have on?

More Proof they are the Enemy

The Battle Between Good and Evil!

The Sheep vs the Goats