Did we just perform a Time Warp Maneuver and go back to the 70’s? Spock did NOT program the breaking thrusters right!

More than 1,000 gas stations run out of fuel ‘We know that we have gasoline; we just have to get it to the right places,’ she said. 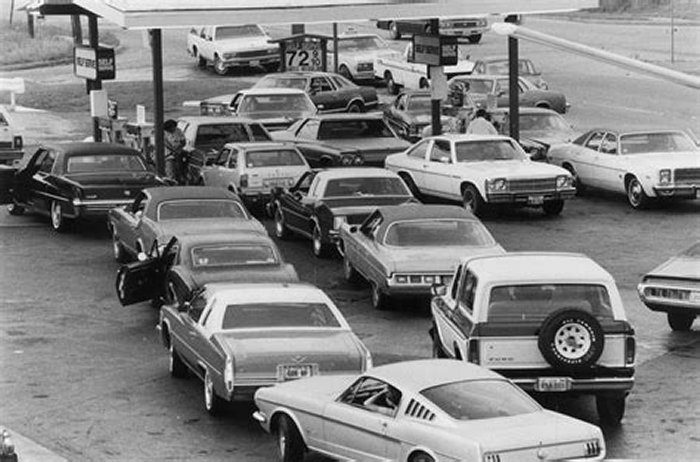 I wanted to go back, but I did want not drag everything back with me! Don’t want my family to endure the Democrat Hell that Jimmy the Peanut Carter and his gang of marauders put the country through.

Ecclesiastes 1:9-11 “The thing that hath been, it is that which shall be; and that which is done is that which shall be done: and there is no new thing under the sun. 10 Is there any thing whereof it may be said, See, this is new? it hath been already of old time, which was before us. 11 There is no remembrance of former things; neither shall there be any remembrance of things that are to come with those that shall come after.”

It’s Only Been 4 Months: Keystone Pipeline is Shut Down, Gas Prices Are Highest in 6 Years, Gas Stations Are Out of Gas, And Gas Lines in Several States – Nice Work, Joe!

Jim Hoft | Gateway Pundit – On Joe Biden’s first day in office, he shut down construction of the Keystone Pipeline.

Canceling the Keystone Pipeline costs over 11,000 construction jobs and 42,100 jobs throughout the US during the construction process

The US now has record gas prices, the highest in six years since Barack Obama.

There are now gas lines across the southern US.

On a personal note — a friend traveling in Mississippi says the gas stations are out of gas.

It took only FOUR MONTHS for Joe Biden to ruin the US.