Well there is a reason it’s spelled Wis-Con-Sin!!! 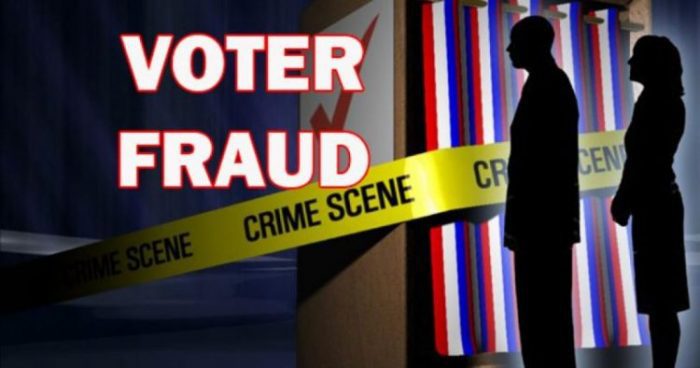 The liberals aren’t going to like this.  A Wisconsin judge has ordered that up to 209,000 names be purged from state voter rolls.  Any delay by the Elections Commissioner’s office will be countered with daily fines.

In addition, 3 members of the Elections Commission have been found in contempt.

From The Detroit News:

Port Washington, Wis. – A Wisconsin judge on Monday ordered the state’s elections commission to immediately begin removing up to 209,000 names from the state’s voter rolls or face hundreds of dollars in fines for each day they don’t do so.

Judge Paul Malloy said in his ruling that “time is of the essence in this case” and cannot wait for an Appeals Court or the state Supreme Court to decide the case. He also appeared peeved that commissioners hadn’t already begun purging voters.

“I cannot be clearer on this. They need to follow the order,” Malloy said.

The state Justice Department asked Malloy to stay his order of contempt pending an appeal of his ruling, but the judge denied the request. Malloy held in contempt the six-person commission and its three members who dissented in the case. But only the three dissenters will each face the $250 fine every day they don’t comply, not the other three members. The commission as a whole, however, faces $50 fines every day the purge doesn’t happen.

The commission asked appeals courts to put the ruling on hold while the legal fight continues, but none of the courts have done so. Malloy said that’s irrelevant to his ruling.

“You have this court order, you have an appeal, and a petition to the Supreme Court. But nothing has told this court that it can’t act,” Malloy said. More…

The Milwaukee Journal Sentinel adds this…

PORT WASHINGTON – An Ozaukee County judge found the state Elections Commission and three of its members in contempt of court Monday, saying they had flouted his December order to remove thousands of people from Wisconsin’s voter rolls.

“I can’t be any clearer than this,” Judge Paul Malloy said. “They need to follow my order.”

Hours later, the state Supreme Court ruled it would not get involved in the case for now, leaving it to a Madison-based appeals court to handle. That decision gave liberals hope they could stop the voter purge.

There sure seems to be a lot of fake voters out there and dead guys tend to vote Democrat, so I understand their apprehension.

It’s a total mess out there, America.

It’s funny how Democrats continually oppose purging and cleansing voter rolls, but can never give a rational answer as to why.