Took them nearly a year and a half to charge and lock the Muslim up!

MIAMI – Salman Rashid, 23, of North Miami Beach, Florida, was arrested in South Florida based on a criminal complaint charging him with soliciting another person to commit a crime of violence. 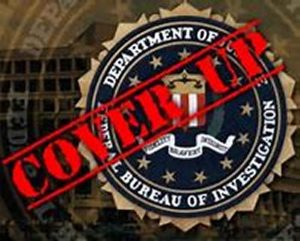 According to court documents, the FBI initiated an investigation of Rashid in approximately April 2018 after reviewing his public Facebook posts, which advocated for the violent overthrow of democracy and the establishment of Islamic law. In May 2019, and without provocation, Rashid solicited a confidential human source to contact members of ISIS and instruct those ISIS members to conduct a terrorist attack on Rashid’s behalf. Throughout the summer and fall of 2019, Rashid continued to instruct the confidential source regarding Rashid’s requested attack, indicating an attack on a religious building or nightclub would be suitable. Based on Rashid’s request, the FBI introduced an additional confidential human source, who held him/herself out to be a member of ISIS willing to conduct an attack.

Ultimately, on or about November 8-9, 2019, Rashid chose two individuals to target – a dean at Miami-Dade College and a dean at Broward College, two colleges from which Rashid had been suspended or expelled – and asked that explosive devices placed by the confidential human source to carry out the attack against the two individuals be as big as possible. Rashid provided information about the locations to place the devices and his assessment of security that might be present at the colleges.

Rashid had his initial appearance today before U.S. Magistrate Judge Chris M. McAliley (Case No. 19-mj-3916-Becerra).  If convicted, Rashid faces a statutory maximum sentence of 20 years in prison. Rashid’s pretrial detention hearing is scheduled for Wednesday, November 27, 2019 at 10 a.m. and his arraignment is scheduled for December 9, 2019.

A criminal complaint is a charging document containing allegations.  The defendant is presumed innocent unless proven guilty beyond a reasonable doubt in a court of law.

U.S. Attorney Fajardo Orshan and Assistant Attorney General Demers commended the investigative efforts of the FBI in this matter.

This case is being prosecuted by Assistant U.S. Attorney Michael Thakur and Senior Litigation Counsel Randy Hummel of the Southern District of Florida with assistance from Trial Attorney Danielle Rosborough of the National Security Division’s Counterterrorism Section.