It is NOT a Syndrome. It morphed into a Full Blown Disease long ago!

‘Stage 5 Trump Derangement Syndrome’ Has Kicked In Across America As Hysterical And Hypocritical Politicians & Leftists Go To War With Their ‘Scapegoat’: President Trump & His Supporters 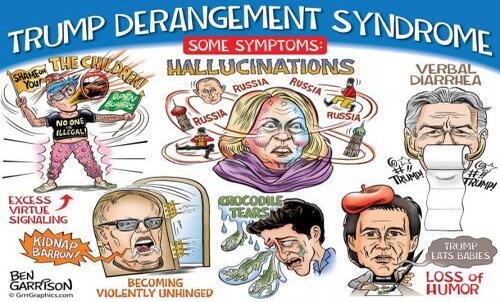 By Don Boys PHDs for All News Pipeline

I don’t hate anyone, but hypocritical politicians provoke disgust, disdain, and distrust when they blame Trump for everything. They have no shame and display feigned anger when they try to shift responsibility from their own failures to Trump. A perfect example is New Orleans, Mayor LaToya Cantrell. She appeared on CNN saying if she had received more COVID-19 information from the federal government, she “would have pulled the plug on the [Mardi Gras] carnival season.”

Sure she would. Mardi Gras is known as a Christian holiday that dates back thousands of years to pagan spring and fertility rites! There is nothing Christian about it, and it is disgraceful that such pagan parades would be permitted in any city before of after the Chinese coronavirus.

Cantrell said that she would have acted if Trump and his staff had been “more serious” about the Chinese coronavirus. Such blatant hypocrisy would gag a maggot. She’s not even sharp enough to disguise her duplicity. Moreover, the mayor would not have canceled the showcase for depravity angering all the perverts, pedophiles, and prostitutes—plus the “normal” citizens who support such decadence. Her Honor did not want to be responsible for canceling the depravity that always struts through the streets of the city each year.

Is the mayor totally uninformed? Does she watch television? Does she have any sane advisors? Can she read? This is an excellent example of incompetence looking for an excuse. She is the leader of the city, and to cast blame on Trump is nonsense.

But then it has always been that way with politicians: blame others who are totally innocent of failure or incompetence. Such action is typical of mankind. At the very beginning of time, Adam blamed Eve for the Fall, and Eve blamed the serpent, and of course, the serpent didn’t have a leg to stand on. It is human and evil to blame others rather than accept personal responsibility. 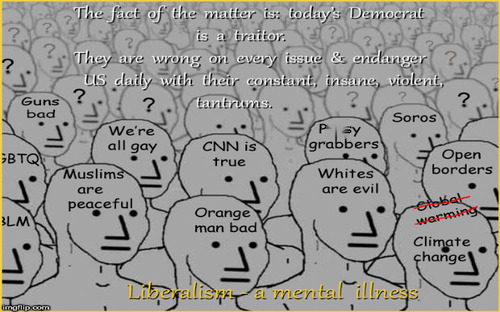 During days of past disease, disability, and death, the persecution of the innocent, usually a minority, while never justified, is understandable. Death was stalking the streets. People were buried in mass graves. No one could be trusted—not politicians, priests, nor physicians. Terrified people looked for someone to blame and to hate, and they found them—Jews, Muslims, gravediggers, lepers, and others. Such action is a scapegoat response that is as old as man.

The persecutors, not being the sharpest people in town, could have seen that the ones they held responsible for the disease were dying in the same numbers as others. But they kept looking, and many cities found what they thought was a legitimate scapegoat. The definition for a scapegoat is a fall guy, victim, patsy (informal), or whipping boy.

However, the original scapegoat is Bible-based.

In the Bible, a scapegoat is an animal that is ritually burdened with the sins of others and then driven away. The concept first appears in Leviticus 16 in which a goat was designated to be cast into the desert to carry away the sins of the community until Christ actually accomplished it.

Only once a year on the Day of Atonement, Aaron, the high priest, entered the Holy of Holies and sacrificed a young bullock as a sin offering to atone for the sins of Israel. He also took two goats, chosen by lot, and presented them at the door of the tabernacle. One goat was “for YHWH,” which was offered as a blood sacrifice, and the other was sent into the wilderness. The blood of the slain goat was taken into the Holy of Holies behind the sacred veil and sprinkled on the mercy seat as the bullock had been. Later in the ceremonies of the day, the High Priest confessed the sins of the Israelites to God, placing them figuratively on the head of the other goat who would symbolically “take them away.”

Since the second goat was sent away to perish, the word “scapegoat” has developed to indicate a person who is blamed and punished for the sins of others. Christ fulfilled the symbolism by dying on the Cross for the sins of mankind—thus taking them away.

During the sixth century B.C., a man was appointed as a scapegoat during times of plague in Greece, and he was beaten seven times upon his genitals while flutes played! Then he was stoned or burned on a pyre of trees, and his ashes cast into the sea. At other times, an unpleasant, unlikable, and unlucky person would be chosen to take all the evils of the city upon himself. Sometimes the scapegoat was killed, and at other times, he was cast out of the city.

Please note that this was during the “golden age” of Greece that some homosexuals talk about so much. Also, during this “golden age,” women were second-class citizens; the most brilliant men did not know the function of the heart, liver, or brain, nor did they know about the circulation of the blood. They believed the entrails of a chicken could predict the fate of a nation, and that the Greek “deities” really lived on Mt. Olympus! 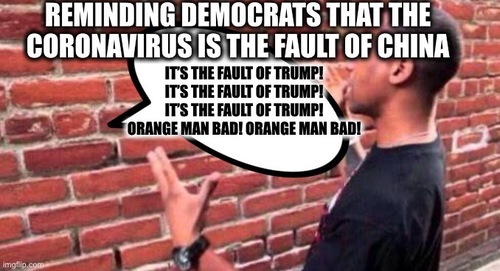 When a plague lashed Marseilles during the 100s A.D., a destitute man would offer to be the scapegoat (he was not only destitute but dumb, super dumb) and lived for a year at public expense, fed the best food, and then clothed in sacred clothes. On the very special day, he was led through the city as prayers were said to cast all the peoples’ sin upon the well-fed dummy. He was then cast out of the city or stoned to death.

None of the unfortunate victims succeeded in removing any of the town’s sins to himself or any forgiveness of sins.

The Athenians always kept hapless souls at public expense, and during times of pestilence, famine, or natural disaster, two of them were sacrificed. Rome also resorted to scapegoats at times. It is interesting that all people have felt the need to have someone pay for their sins.

For thousands of years, mankind resorted to human sacrifices, and with more enlightenment (and the teaching of the Bible), animals replaced humans. Whether humans or animals, the sacrifice was to appease “the gods.” Honest men know they are sinners and require forgiveness, and being sinners, they react to death staring them in the face during a time of contagion. Some will confess and repent, while others will become callous and rebellious.

We must realize that we are not too smart, sophisticated, and special that such a thing—a massive time of death—could ever happen here. If not this pandemic, the next one to follow. We must react as concerned, committed, and compassionate Christians, not as people have responded in past times of distress, disease, and death.

America and the world are in a mess, and leading politicians are making it worse, so let’s not compound it even more by making President Trump the scapegoat.

(Dr. Don Boys is a former member of the Indiana House of Representatives who ran a large Christian school in Indianapolis and wrote columns for USA Today for 8 years. Boys authored 18 books, the most recent being Muslim Invasion: The Fuse is Burning! The eBook is available here with the printed edition (and other titles) at www.cstnews.com. Follow him on Facebook at Don Boys, Ph.D.; and visit his blog. Send a request to DBoysphd@aol.com for a free subscription to his articles, and click here to support his work with a donation.)