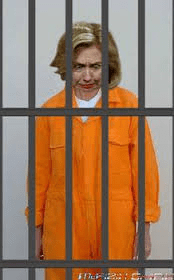 Steve Watson | Prison Planet – The State Department has admitted that it discovered multiple security breaches, at least 30, while investigating Hillary Clinton’s email server, according to a letter to Iowa Sen. Chuck Grassley.

The letter to Grassley notes that at least 15 separate State Department employees were responsible for 23 ‘violations’, as well as 7 security ‘infractions’ related to Clinton’s server.

While the FBI did not charge Clinton with any wrongdoing after its investigation, The State Department continued its own probe.

Grassley, who is the chairman of the Senate Finance Committee, was seeking clarification from the State Department earlier this year pertaining to the identity of anyone who violated agency rules in the handling of Clinton’s server.

The letter, signed off by Mary Elizabeth Taylor, the assistant secretary of state for legislative affairs, notes that the number of security breaches is likely to increase as the State Department’s review progresses, and that those responsible are under review.

“Given the volume of emails provided to the Department from former Secretary Clinton’s private email server, the Department’s process has been necessarily more complicated and complex, requiring a significant dedication of time and resources,” the letter reads.

“This referral occurred whether or not the individual was currently employed with the Department of State and such security files are kept indefinitely,” further noted Taylor’s letter.

The findings prompted President Trump to ponder whether Democrats will investigate the matter:

Wow! The State Department said it has identified 30 Security Incidents involving current or former employees and their handling of Crooked Hillary Clinton’s Emails. @FoxNews This is really big. Never admitted before. Highly Classified Material. Will the Dems investigate this?