Don’t let the Filthy BASTARDS steal it. GO to the polls in such overwhelming numbers it will make them SOB like Babies when they HAVE TO SAY  President Trump is Re-Elected! 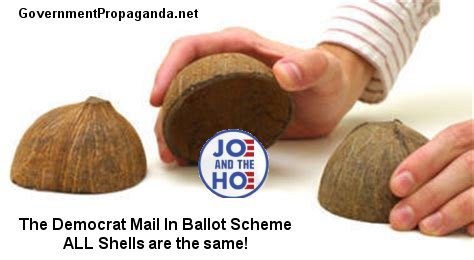 Jon Bowne – The Democrats dragged the House in on a Saturday to debate and vote on the Delivering for America Act, feigning an appreciation for the Post Office because of its political leverage.

The Delivering for America Act would support the Post Office with $25 billion, regardless of the Post Office and others saying they don’t need the money. In fact they have more than they need. The leftist Conspiracy machine churned out every possible angle they could muster.

Due to the rising paranoia from Democrats who ceaselessly believe the baseless conspiracy that President Trump won’t leave office if he loses, their theater of delusions is actually a power play rewarding the unions and the Biden campaign with a mail-in election process not seen since the Democrats of 1864 attempted to deny Abraham Lincoln reelection through the first run of mail-in ballots.

As Elizabeth Harrington pointed out, “Instead of having registered voters request ballots to prevent massive amounts of ballots being sent to dead people and those who have moved away… Pelosi’s new bill sends ballots automatically to ‘all voters’ — regardless if they are eligible or not. Dead cats and dogs will also receive ballots as they have in the past.”

The legislation bans reducing service hours at postal facilities, the removal of mail sorting machines and community mailboxes. The bill would prohibit any limits on delaying mail service while putting the future of America in the hands of the USPS.

As Townhall reported, “Just last month, four men in New Jersey, including a sitting councilman and a councilman-elect, were charged with multiple counts of voter fraud that involved tampering with the mail, stealing ballots, and falsifying ballots. And a mailman in West Virginia was charged with voter fraud after altering several registration form requests to change the political party affiliation.”

What could go wrong?

The vote in the House was 257-150 with 26 Republicans duped into voting with the Democrats.