The story of the Scorpion and the Frog

Regarding Ishmael (Father of all Arabs/Muslims): Genesis 16:12: “And he will be a wild man; his hand will be against every man, and every man’s hand against him; and he shall dwell in the presence of all his brethren.”

Young’s literal translation reads: “And he is a wild-ass man, his hand against every one, and every one’s hand against him – and before the face of all his brethren he dwelleth” 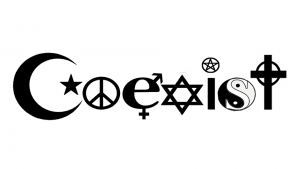 There is no such thing as a peaceful Muslim! (Keep reading and I will tell you what those ones are) They may look and sound convincing, but like a ducks feet under the surface of the water, they are paddling like hell to further the agenda of Islam. That agenda IS to convert all infidels (anyone who does not worship ALLAH) to Islam, force them to pay a tax (Jizya or jizyah) if they will not convert and/or kill them! Any Muslim that is not in the arena participating, is most assuredly in the stands cheering, in sympathy and support of the global take over!

Red Flags should be flying and everyone should be on high alert. Even the demon infested Council on American-Islamic Relations (CAIR) jumped the gun (pun intended) and came out defending their fellow terrorists in San Bernardino. Instead of distancing themselves from the attacks, these devils are providing financial support to the remaining family members of San Bernardino Terrorists. The same ones who denied knowing anything, are now on the terror watch list, and are ISIS supporters themselves.

They MUST MAKE WAR (Jihad), in order to hasten the arrival of their much anticipated savior, the Mahdi! See the following sources for info on the Mahdi:

Mahdi to return by 2016, followed by Jesus? World Net Daily The story of the “Frog and the Scorpion” fits perfectly with what is currently happening worldwide, in regard to the Muslim immigration crisis. As yet, America has not been as thoroughly infested with these scorpions as Europe has, but those that are here are bold and are coming out of the woodwork! My heart is saddened and my prayers are with those who are the victims of these demon possessed mad men and women!

As the story goes…One day, a scorpion (a Muslim) looked around at the mountain where he lived (in the Middle East) and decided that he wanted a change. (not happy with killing his own people John 10:10) So he set out on a journey through the forests (desert) and hills. (posing as a refugee) He climbed over rocks and under vines and kept going until he reached a river. (The oceans that confine them to the Middle East)

The river was wide and swift, and the scorpion (jihadist Muslim) stopped to reconsider the situation. He couldn’t see any way to get across. (no way to enter America legally) So he ran upriver and then checked downriver, (searching for his cohorts in American government) all the while thinking that he might have to turn back. (Aha, but Jihad Barry and his Muslim cabinet are there for him)

Suddenly, he spied a frog (Obama, bleeding heart Liberals and brain dead conservatives) sitting in the rushes by the bank of the stream on the other side of the river. (right in the White House) He decided to ask the frog for help getting across the stream. (immigration into America without vetting)

“Hellooo Mr. Frog!” (brother Obama) called the scorpion (fellow Muslim) across the water, “Would you be so kind as to give me a ride (K-1 Visa) on your back across the river?”

“Well now, Mr. Scorpion! (my fellow Muslim brother) How do I know that if I try to help you, you won’t try to kill me?” asked the frog (Obama) hesitantly.

“Because,” the scorpion replied, “If I try to kill you, then I would die too, (all the while wearing a suicide belt) for you see I cannot swim!” (Qur’an (16:106) Establishes that there are circumstances that can “compel” a Muslim to tell a lie.) Source

Now this seemed to make sense to the frog (Obama and other stupid people). But he asked. “What about when I get close to the bank? You could still try to kill me and get back to the shore!”

“This is true,” agreed the scorpion, “But then I wouldn’t be able to get (get into the country illegally) to the other side of the river!”

“Alright then…how do I know you won’t just wait (posing as a persecuted refugee) till we get to the other side and THEN kill me?” said the frog.

“Ahh…,” crooned the scorpion, “Because you see, once you’ve taken me to the other side of this river, I will be so grateful for your help, that it would hardly be fair to reward you with death, now would it?!” (Qur’an (3:28) This verse tells Muslims not to take those outside the faith as friends, unless it is to “guard themselves” against danger, meaning that there are times when a Muslim should appear friendly to non-Muslims, even though they should not feel that way) Source

So the frog agreed to take the scorpion across the river. He swam over to the bank and settled himself near the mud to pick up his passenger. The scorpion crawled onto the frog’s back, (just like the underwear bomber was allowed on the plane) his sharp claws prickling into the frog’s soft hide, and the frog slid into the river. The muddy water swirled around them, but the frog stayed near the surface so the scorpion would not drown (giving them money to sustain them.. welfare!). He kicked strongly through the first half of the stream, his flippers paddling wildly against the current.

Halfway across the river, the frog suddenly felt a sharp sting in his back, (hearing the Scorpion screaming Allah Akbar) and out of the corner of his eye, saw the scorpion (a martyr awaiting his 72 male virgins in HELL) remove his stinger from the frog’s back. A deadening numbness began to creep into his limbs.

“You fool!” croaked the frog, “Now we shall both die! Why on earth did you do that?”

The scorpion shrugged, and did a little jig on the drowning frog’s back. (Just as they do in the streets when an attack takes place in America)

“I could not help myself. It is my nature.” (This is exactly the nature of Islam… to Lie…to wage war… to Murder. They can’t help themselves because they are demon possessed!)

Then they both sank into the muddy waters of the swiftly flowing river.

In 2015, a Scorpion that rode the Frogs back, waited until SHE got to the other side to thrust in HER Stinger:
Muslim Couple Plotted Terror Attack on U.S. Before Marrying

Islam (means submission) is not just a religion. It is a way of life for those who are Muslim. It is not just for the purpose of worship, but it is Government, a guideline for laws, rules and regulations. They are all laid out in the Qu’ran and if not followed precisely, then you are considered an infidel. That is one reason for the in-fighting between the factions, Shiites and Sunni’s. There is also fighting as to who will be the leader of Islam which again leads to the in-fighting between the factions

There are many brain dead people in government who are like the frog. They are gullible, paid off and willing to look the other way, when it comes to Islam. Muslims are the scorpion! They will lie and deceive to further their satanic agenda. That is what the Qu’ran teaches.

Another Scorpion recently showed us why they come to America and what they intend to do. You can read this entire article at the Daily Mail UK:

Muslim Hospital Worker in Ohio Calls for Beheading of US Soldiers.