When you try and Break the Spell Cast over the Covid Cultists, they react just as all Lunatics do!

They Claimed None Of These Things Could Happen In America, Called Them ‘Conspiracies’ And ‘Unreliable And Harmful,’ Claims, Yet They Have All Come True In The Past Year

Or they call you a Racist!

Here is the problem. They can get away with what they are doing because the masses are now no more than Lemmings and under a Spell. MSM—Fake News, have been in control by the Luciferians for decades.

What is Mass Formation Psychosis

Psychosis is when people lose some contact with reality.

Mass Formation Psychosis is when a large part of a society focuses its attention to a leader(s) or a series of events and their attention focuses on one small point or issue. Followers can be hypnotized and be led anywhere, regardless of data proving otherwise. A key aspect of the phenomena is that the people they identify as the leaders – the one’s that can solve the problem or issue alone – they will follow that leader(s) regardless of any new information or data. Furthermore, anybody who questions the leader’s narrative are attacked and disregarded.

There are four key components needed for an environment to experience a mass formation psychosis: lack of social bonds or decoupling of societal connections, lack of sense-making (things don’t make sense), free-floating anxiety, and free-floating psychological discontent. Free-floating anxiety is a general sense of uneasiness that is not tied to any particular object or specific situation.

When followers start to participate in a strategy to deal with the object of anxiety, new social bonds typically emerge and people change from a highly aversive negative mental state and isolation, to the exact opposite to the extremely high-level of connectedness that exists.

They have been slowly conditioning the Lemmings to believe anything they say…, as the following article by Susan Duclos says

Article by Susan Duclos | All News PipeLine – For the past two years Independent Media has dealt with false claims of pushing “conspiracy,” having ads disabled on pages because of “unreliable and harmful” claims, when we offered timely warnings about what we saw coming. 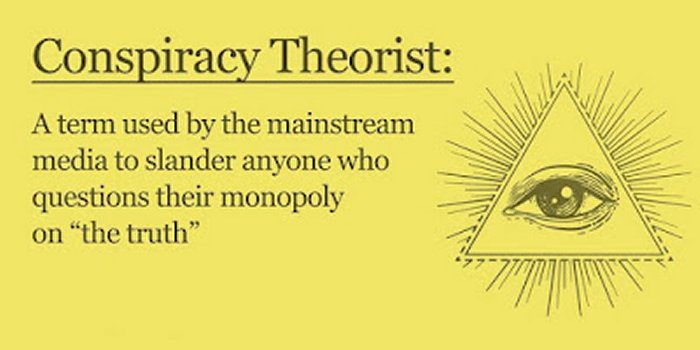 • Media Martial Law: In 2020 we were told that was a bunch of cow manure, no way would “medical martial law” be implemented in America….land of the free. Then the lockdowns began, curfews, state governor decrees banning their citizens from visiting neighbors, cancel holiday gatherings with others, and others dictating how many people were allowed to visit the private homes of Americans in their cities.

The law appears to now legalize such small gatherings as indoor house parties or outdoor barbecues, picnics and even mini-protests, so long as no more than ten people are sharing in the activity — and they all stay six feet apart while doing so.

Independent Media reported on Medical Martial Law because we saw it happening elsewhere, so offered warnings of what could come to America.

But it couldn’t happen here we were told! Yet, it did.

• Vaccine Passports:  Labeled a conspiracy theory when we warned they were coming back in 2020, and now they are here and the media acts like it is perfectly normal for people to be forced to “show their papers” in order to dine out, visit sports venues and/or concerts.

Vaccination against Covid-19 is increasingly becoming a ticket of entry into restaurants, gyms and indoor performances — or all of the above, if you’re a New York City resident.

Rather than misplace your vaccination card, you can log your vaccination status on your phone to use as proof as you reenter public spaces. You’ve got a few options for confirming you’ve been vaccinated, from scannable QR codes to scanned documents that live among your digital files, versions of “vaccine passports” that can get you in venues that only allow vaccinated patrons.

• Mandated Vaccinations: Like the issues listed above, when Independent Media warned that states and/or the Biden regime would start mandating vaccines, attempting to take the choice away from Americans as to what they put in their bodies, we were told….that is right…. it can’t happen here!

We are still watching lawsuits across the country after Joe Biden decided to arbitrarily create rules that would mandate health care workers, government contractors and companies with over 100 employees, be vaccinated at the risk of termination, or ordered to take weekly tests that the victim of these mandates would have to pay for.

Many judges have ruled against Biden’s overreach and now two of those cases are being argued in the Supreme Court.

But remember, this could never happen in America, right? 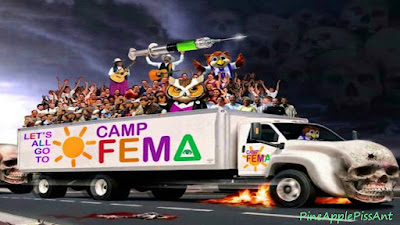 • COVID Camps aka Internment Camps: On May 25, 2021, Stefan Stanford published an article warnings about door-to-door vax squads and the coming “COVID camps.” Stefan highlighted the news reports that “in Orange County, Florida, a door-to-door vaccination effort was also underway.” Many may remember that Joe Biden also floated the idea, publicly, about “door-to-door” vax and testing squads.

And while ‘Covid camps’ in America might seem like a far-off, radical ‘conspiracy theory’, China has already been building massive ‘quarantine camps’ for their people as we see in the photograph above. And as Florida governor Ron DeSantis recently hinted in addressing Joe Biden, America not be too far behind them if we continue along the road we’re now on.

Liberals scoffed. Conspiracy theorist was screeched at anyone who dared warned we might not be far behind China.

An ad service demonetized that article, with the following claim:

Today we see that a proposed bill in Washington State, if passed, would allow officials to forcefully detain and quarantine individuals or groups, including family units.

Here is a link to the actual proposal.

Gateway Pundit describes the order, which direct quotes from the proposal in the following manner:

•  Health officers are required to provide documentation proving unvaccinated residents subject to detention have denied “requests for medical examination, testing, treatment, counseling, vaccination, decontamination of persons or animals, isolation, quarantine and inspection and closure of facilities” prior to involuntarily confinement in quarantine facilities, the resolution states.

• According to W 246-100-040,  “a local health officer may invoke the powers of police officers, sheriffs, constables, and all other officers and employees of any political subdivisions within the jurisdiction of the health department to enforce immediately orders given to effectuate the purposes of this section in accordance with the provisions of RCW 43.20.050(4) and 70.05.120.”

• The “emergency detention order” legalizes the isolation and detainment of American citizens who fail to voluntarily comply with Covid gene therapy shots “for a period not to exceed ten days.”

If the people detained still have refused to get vaccinated, then a judge can expand that time limit.

Certainly sounds like a COVID or Internment camp proposal to me, but nooooooo, it can’t happen again here in America, right? 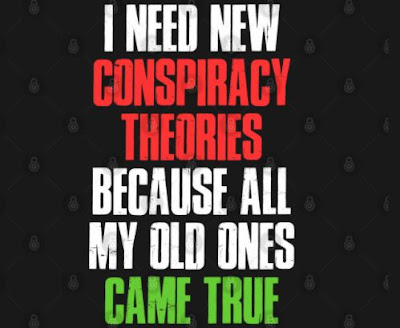 From the beginning, Independent Media has warned of what was coming, just to have the MSM claim it wasn’t, those warnings were unreliable, only conspiracy theorists are talking about, and other such nonsense.

Were those in the Independent Media prophetic? No, we simply watched what was happening elsewhere, like Australia, Germany, South Africa, and understood that liberals, along with their media puppets, would of course like the authoritarianism of the lockdowns, forced vaccinations, vax passports, and yes, internment camps for those that refuse to comply with said authoritarianism.

The only people that didn’t see what was coming were those that still trust the MSM, Biden and the CDC, even after all the lies.

This ladies and gentlemen is why we have a Second Amendment and the right to fight against tyranny.

Video below: These Covid aka Internment camps in Australia, is what liberals want for unvaccinated Americans.=

Below: Down Grid Survival discusses another bill, from New York,  found at the New York Senate website, that “Relates to the removal of cases, contacts and carriers of communicable diseases who are potentially dangerous to the public health.”