Add to the following article, written on November 2021, the Russia/Ukraine War and it is more clear what is afoot! 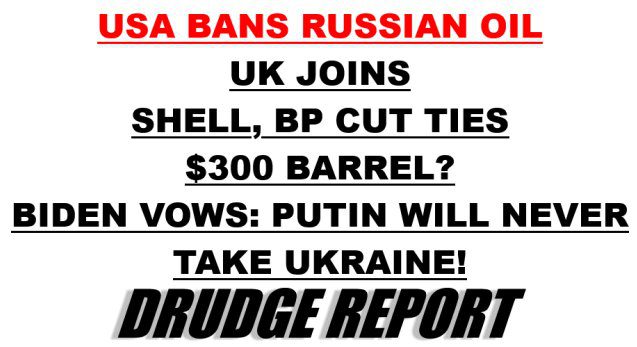 ‘We are looking at a multi-dimensional planned disaster: people losing their jobs, food processing being destroyed and risking famine, and the total decimation of rural communities…’

Adan Salazar | News Wars – America’s food supply could be hurtling toward imminent disaster as vaccine mandates threaten the jobs of thousands in the meat packing sector, a food industry insider is warning.

What are “THEY” doing to our Food Supply, Our Economy, Our Freedoms?

War Will Cause “Hell on Earth” For Global Food Prices

In a lengthy Twitter thread published Thursday, a user purporting to have family members in top positions at poultry processing plants claimed vaccine mandates threaten to set off a chain reaction that could lead to a “total collapse of the food supply.”

“Covid has thrown a wrench in every industry- especially food processing,” the Twitter user @Agarthapill claimed.

As the insider explained, there’s already a shortage of USDA inspectors, but the federal vaccine mandate would leave even fewer inspectors, which in turn would lead to fewer plants being authorized to operate.

“If upwards of 35% of inspectors are fired come Dec. 4, we are looking at roughly 2,200 inspectors nationwide disappearing. This will be catastrophic,” the insider claimed, noting his family had already experienced issues with “inspectors being stretched thin.”

“Likewise, if a plant is stretched thin on quality assurance personnel to protect the quality of meat, that will lead to a complete shutdown of these plants until they can be fully staffed. We are looking at this being compounded with the inspector shortage.”

The closing of several meat processing plants could spur a domino effect that would leave the US in a very dire food situation.

“If this plant, like hundreds of others across rural America, shut down it will be the final nail in the coffin of these towns and a total collapse of the food supply.”

“We are looking at a multi-dimensional planned disaster: people losing their jobs, food processing being destroyed and risking famine, and the total decimation of rural communities who rely on these jobs to support their families. It is completely avoidable, but they want this.”

Take heed of the industry insider’s terrifying warning below – and remember to get prepared regardless of whether this particular plays out:

My family are currently in positions of plant manager and quality assurance manager in poultry plants. I can say for certain that the current situation is more dire than most people think- and we may see a near total collapse of the food supply.

The vaccine mandates in processing plants are not discussed at all, most likely due to the contempt our ruling class has for rural, working-class Americans.

Currently, there is a large shortage of inspectors. There are roughly 6,500 inspectors nationwide across all meat processing industries, with a roughly 500-700 inspector shortage. My family has been running into issues with these inspectors being stretched thin already.

On top of that, the USDA is covering up their shortage. On their jobs page, they list a measly 57 openings for inspectors. They cover this up by only listing their positions for a week or two at a time to prevent people from realizing this dire shortage.

If upwards of 35% of inspectors are fired come Dec. 4, we are looking at roughly 2,200 inspectors nationwide disappearing. This will be catastrophic. To be clear, I stand with those refusing and will fight with them.

If this happens, many plants will not be able to run. Meaning, no meat in the store and no food for children in public schools. Some of the biggest customers of the plant my family works at are public schools and prisons, as well as national chains.

Managers at this plant have already had to jump on the line and help produce chicken due to lack of employees. This isn’t due to low pay or benefits- they stand as a beacon of hope and stability in the community. They value their workers but are on the verge of losing it all.

Only 25% of the plant is vaccinated, meaning the company will be forced to give weekly testing for all their locations, which will cost hundreds of thousands per year, or fire their hard-working employees.

This is exacerbated by the fact that these employees oftentimes have no other skills besides working in food processing. Without this job, they won’t be able to feed their families and the towns they live in will die.

It doesn’t stop there: we are looking at a fertilizer shortage, with prices increasing 200% on ammonia. This spells disaster for family farms: https://t.co/eVX3OGktFD

As stated above, most people do not hear about food processing plants (except regarding cyberattacks earlier this year). This is a huge blindside to the American consumer who may soon not be able to get any meat at all, let alone hyper-inflated priced meat.

We are facing a total disaster. If the mandate goes into effect, we are looking at hundreds of thousands of families losing their livelihoods and millions of people becoming malnourished. And its all planned.