It sure isn’t the Loving Folks in Washington DC! 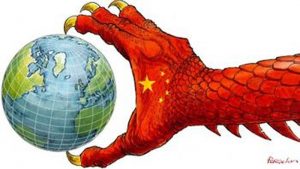 China Reportedly Urging Its Citizens to Stock Up on Daily Necessities In Case of an Emergency!

Joe Hoft | Gateway Pundit – The China government is reportedly encouraging their people to stock up on daily necessities in case of an emergency.

The Chinese government has told families to keep daily necessities in stock in case of emergencies, after COVID-19 outbreaks and unusually heavy rains that caused a surge in vegetable prices raised concerns about supply shortages.

The commerce ministry directive late on Monday stirred some concern on domestic social media that it may have been triggered by heightened tensions with Taiwan, while some said people were rushing to stock up on rice, cooking oil and salt.

Local media has also recently published lists of recommended goods to store at home including biscuits and instant noodles, vitamins, radios and flashlights.

We’ve seen this before.  Last year when COVID broke out the stores in China and Hong Kong faced shortages in a number of products.

OR, Could it be because of this bit of News? Are they preparing for WAR?

China is stockpiling its nuclear weapons at an “accelerating pace” that is much faster than U.S. officials predicted just a year ago, the Pentagon has warned.

The rapid advance of the Chinese Communist Party’s nukes highlights a broad and accelerating buildup of military muscle designed to enable China to match or surpass U.S. global power by mid-century, according to a Pentagon report released Wednesday.

The report warns that Beijing’s nuclear warheads could increase to 700 within six years and put Communist China on track to top 1,000 by 2030.

The report did not say how many weapons China has today. Read the rest at Neon Nettle