Barely any of them had to undergo health screenings. 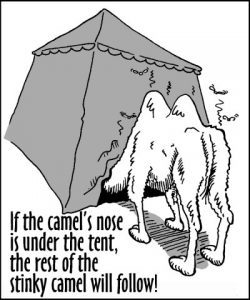 Paul Watson – 18 million people entered the UK in the three months before lockdown with hardly any of them undergoing health screenings or being put into quarantine, it has been revealed.

“Only 273 people out of 18.1million who came to the country in the three months leading up to the nation-wide lockdown were put into quarantine,” reports the Mirror.

This means that “tens of thousands of people were entering from coronavirus-affected countries,” including Italy and Spain and were then allowed to circulate amongst the general population.

“On what scientific basis were a handful of flights from Wuhan and one from a Tokyo singled out for extreme attention? But not a single flight from Northern Italy, Spain or the US?” asked Labour MP Stephen Doughty.

“The fact that many of these people then likely arrived and travelled onwards across the UK with little or no adherence to social distancing, and with no checks or protections at the border – barely a whiff of hand sanitiser – is deeply disturbing. Let alone the arrival of 3,000 fans from Madrid as the pandemic picked up speed,” he added.

As we previously highlighted, 100,000 people arriving from foreign countries are still landing at UK airports every single week with virtually no health checks whatsoever.

Meanwhile, Brits who have been under government-imposed lockdown for 6 weeks are being told they might be allowed to go outside for picnics…in a month.