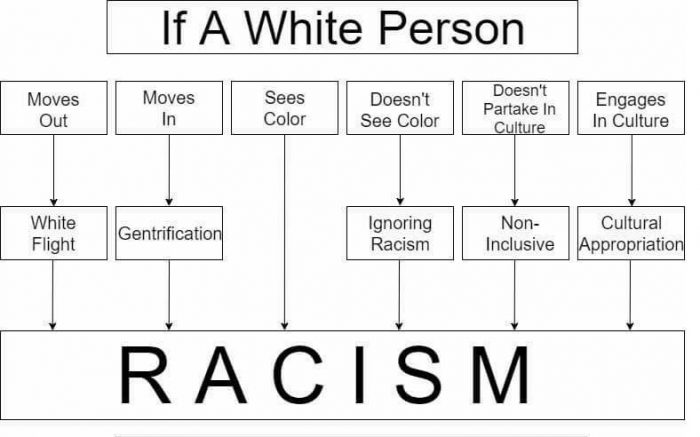 Breitbart News – There is “no clear evidence” white supremacists are participating in the rioting and looting sweeping U.S. cities across America following the death of George Floyd, the Southern Poverty Law Center (SPLC) conceded in a New York Times report published Sunday.

“Signs of any organized effort or even participation in the violence were relatively rare,” the Times acknowledged in the bottom half of its article, referring to white supremacists.

“I have not seen any clear evidence that white supremacists or militiamen are masking up and going out to burn and loot,” Howard Graves, an SPLC research analyst who tracks white supremacists and other anti-government extremist groups, told the newspaper.

On Monday, Politico did report an account linked to white supremacists was posing as the far-left group Antifa that espouses anarchist views and encouraging violence early last week, two days after Floyd’s death on May 25.

Citing the FBI, a May 29 U.S. Department of Homeland Security (DHS) intelligence memo to authorities, marked unclassified/law enforcement sensitive, reportedly said that on May 27 “a white supremacist extremist Telegram channel incited followers to engage in violence and start the ‘boogaloo ’— a term used by some violent extremists to refer to the start of a second Civil War — by shooting in a crowd.”

A Telegram message urged potential shooters to “frame the crowd around you” for the violence, the DHS document added, according to Politico, which does not provide any evidence of white supremacists actually participating in the riots.

Some supporters of the “boogaloo” should be easy for law enforcement to detect among the rioters and looters since the Times reported they are known to wear Hawaiian shirts.

Several news outlets, however, quoted an unnamed spokesperson for the Minnesota Department of Public Safety admitting authorities in the state “cannot say we have confirmed we have cells of white supremacists.”  Read More