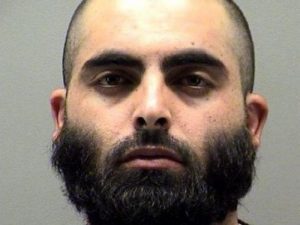 DOJ – A Dayton, Ohio man was sentenced today in U.S. District Court to 180 months in prison and 25 years of supervised release for attempting, and conspiring, to join the Islamic State of Iraq and al-Sham (ISIS). Assistant Attorney General for National Security John C. Demers, U.S. Attorney Benjamin C. Glassman for the Southern District of Ohio and Special Agent in Charge Todd A. Wickerham of the FBI’s Cincinnati Division made the announcement.

“Alebbini was determined to travel overseas for the purpose of joining ISIS and engaging in violence in support of the foreign terrorist organization,” said Assistant Attorney General Demers. “Notwithstanding pleas from others close to him, Alebbini declared that he is a terrorist and decided to move forward with his plan to join ISIS. Thanks to the great work of the agents, analysts, and prosecutors who are assigned to this case, Alebbini’s plans were thwarted and he is being held accountable for his crimes.”

Alebbini attempted, and conspired, to provide material support and resources to ISIS in the form of personnel, namely himself.

Alebbini, a citizen of Jordan and a U.S. legal permanent resident, was arrested by the FBI on April 26, 2017, at the Cincinnati/Kentucky International Airport, as he approached the TSA security checkpoint.

Alebbini waived his right to trial by jury, and the case proceeded to trial before the Court. The evidence at trial showed that at the time of his arrest, Alebbini had a ticket and boarding pass in hand for a flight to Amnan, Jordan, with a connection in Istanbul, Turkey. The evidence also showed that Alebbini intended to forego the flight to Jordan and instead make his way from Turkey into Syria to join ISIS.

According to court documents and testimony, on April 20, 2017, during a six-hour conversation with a friend who tried to talk Alebbini out of traveling and joining ISIS, Alebbini told his friend: “The Islamic State is fighting a survival war . . . I, cousin, want to go to be an inghimasi soldier.”

As explained at trial, an “inghimasi soldier” is a particularly lethal type of suicide bomber – one who seeks to cause as much death and destruction as possible prior to detonation.

On April 26, 2017, about one hour before Alebbini arrived at the Cincinnati/Kentucky International Airport, several relatives pleaded with Alebbini not to join ISIS. Alebbini responded in three separate back-to-back text messages: “Do you think I am a criminal” “I am a terrorist” “I am mujahid.”