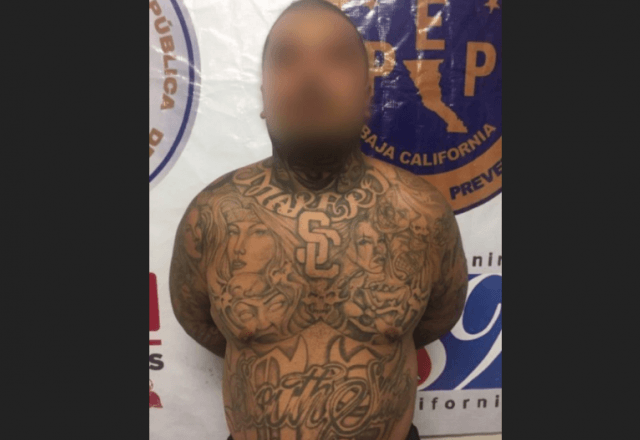 The fugitives were identified as Irwin Hugo “Droopy” Garcia, a leader or “shot-caller” in Pasadena, California; Jesse “Grinch” Perez, leader of the so-called “Adams clique,” in a section of southwest Los Angeles; and Jorge Alberto Ramos, “Poison,” one of the leaders of the Leeward Grandes, established in central Los Angeles, according to Mexican media reports.

The MS-13 gang leaders were captured by agents of the state preventive police in Tijuana in colonia Villa del Álamo. All were wanted for charges issued in 2017 for conspiracy to traffic in narcotics and weapons.

A spokeswoman for the FBI, Lourdes Aroche, announced three months ago that a change of strategy was initiated by utilizing social media with the hopes of generating tips on the fugitives’ whereabouts. The Mara Salvatrucha (MS-13) gang has a documented history of engaging in drug and arms trafficking, extortion, and murder.