Florida: Teen converts to Islam, stabs friend to death, injures two others, says he did it because of Islam 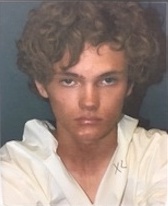 He said he committed the crime because of Islam. Will non-Muslim Palm Beach Gardens authorities rush to deny that and to reassure the public that Islam is peaceful and has nothing whatsoever to do with violence? Will we hear about how the local mosque has asked for extra police protection in view of an anticipated “backlash”? Will we be lectured about how “Islamophobia” leads Muslims to become angry and violent? Or will there be an honest examination of the texts and teachings of Islam that incite Muslims to commit acts of violence against unbelievers? I’m betting on all but the last one of those eventualities to happen.“Police: Religious beliefs caused teen to stab multiple people,” by Ted White, WPBF, March 13, 2018 (thanks to the Geller Report):

PALM BEACH GARDENS, Fla. —Palm Beach Gardens police have arrested a teenager in connection with a fatal stabbing in Ballenisles.

Listen to 911 call made about stabbing

Johnson told police he bought a knife on Sunday and brought it to the home. He said around 4 a.m. Monday, when he realized everyone was asleep, he made the decision to kill Brand, Simon, and her son Dane Bancroft, 13.

Brand was pronounced dead at the scene. Monday was Brand’s birthday.

They remain in the hospital.

…Police said Johnson told detectives he committed the crime because of his religious beliefs.

Shannon said Johnson recently converted to Islam and had been watching violent videos….