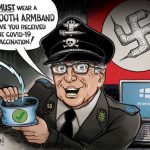 I would also add his Hussy Jezebel Melinda Gates and the whole of the Gates Foundation, W.H.O. head Dr. Tedros Adhanom Ghebreyesus, Muslim Barack Hussein Obama and his Tranny man Michael, George Soros, Dr. Anthony Fauci, Dr. Deborah Birx, Bill – Hillary and Chelsea Clinton, along with the entire Clinton Foundation! There are many, many … Click here to Read more

Is the Barack Obama Foundation following the Clinton Foundation on the pathway to charity fraud? 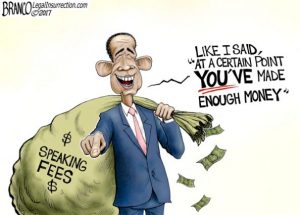 Jerome Corsi | Infowars.com – WASHINGTON, D.C. – The IRS Form 990 tax filings reported by the Barack Obama Foundation in 2014 and 2015 shows Obama has hired as the foundation’s accountant a small CPA firm in Chicago that has been reprimanded by the Public Company Accounting Oversight Board in Washington, D.C., for having filed a audit considered deficient according to industry accepted accounting standards.

Now we know why Clinton & Co. were so desperate to frame Trump with ties to Putin

Today Infowars investigative journalist Jerome Corsi met with former vice-head of Armed Services Committee and the House Homeland Security Committee, Curt Weldon, to discuss his committees’ deep research into the Clinton technology transfers to Russia in exchange for Clinton Foundation donations.  Weldon validated much that is presented in the following article, which is part one of a series of investigative articles coming out over the upcoming week based on intel by Weldon and other sources: