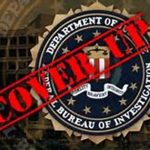 Paul Joseph Watson | Infowars.com – The mainstream media is completely blacklisting any mention of the bombshell revelations by investigative reporter Seymour Hersh about murdered DNC staffer Seth Rich, in which Hersh explained how Rich was Wikileaks’ source for the DNC leak and how the “Russian hacking” story was completely concocted by former CIA director John Brennan.

In an audio tape obtained by Big League Politics, Hersh says he saw an FBI report leaked to him by an insider which confirms that Rich had contacted Wikileaks with sample emails from the DNC leak and asked for payment for the full data dump.

Click here to Read moreBiggest News Since Watergate: Not a single MSM outlet will cover the story!