The following article comes from the front page of att.net

When a teacher reprimands a student, you can safely assume the kid in question did something wrong. Maybe she pushed a classmate in line, or perhaps he called out an answer without raising his hand. Or maybe she wrote her name in cursive.
After turning in a homework assignment focusing on vowels, a 7-year-old girl named Alyssa received some harsh words from her teacher. In red pen at the top of the lesson sheet, her teacher wrote:

“Stop writing your name in cursive. You have had several warnings.”

Turns out, Alyssa’s mom — based in Kansas — had taken the time to teach her daughter to write in cursive and likely never imagined she’d get in trouble for it. After the photo was shared by a friend on Facebook, commenters were outraged, like one who said, “Best of luck to any teacher who writes this on my children’s papers!”
We’re not sure what this particular teacher’s philosophy is on cursive handwriting, but it’s a skill still taught in most elementary schools, despite rumblings that there’s less need for it with the ubiquitous nature of keyboards and digital communication. And there’s good reason all children should learn cursive penmanship:

The article ended here. I was inspired to share my thoughts as follows:

There is great power in the written word. That is indisputable. It is for that very reason that, throughout history, mankind has committed that which was considered most important to writing. This served as a public declaration as well as permanent documentation.

I am no scientist, but I can testify from my own personal experience that when we write something with our own hand there is a very real, direct connection to our brain and more specifically to our memory. I used to be an actor and often had lead roles or at least roles that required memorizing a great number of lines and stage directions. I found that the only really effective way to remember these was to write them down on paper over and over until I had them fully committed to memory. Our mind, our eyes and our hands are very spiritual instruments we use in cohesion when we write. Writing is a creative art. Creativity is a God-force infused in us by our Heavenly Father. We use our mind, eyes and hands so much and for so many things, that we take them for granted and have lost all understanding of their true significance.There is good reason why the bible tells us to be careful what we allow to enter our eye-gate and warns us that anything we have done in our mind we have already done. Imagination is the most powerful spiritual activity that our mind employs. That is why the enemy has made extensive, concertive efforts to affect our imagination through magazines, movies, radio and television. Our hands have tremendous spiritual power. Anyone who has learned to exercise the gift of laying on of hands for healing fully knows this fact. The hands are symbolic of our labors for God. Spiritual energies flow through them.

When we write, with our own hands as opposed to using a keyboard or a stylus, energy flows from our hands to the words on paper. The words have power and life. Spiritual energy can even flow back to us, depending on what we are writing. This is especially true when we write the WORD of God.

The skill of cursive writing, is a talent we cannot afford to lose. We should be fighting with all that we have, to maintain and nurture this practice.

IF you are old enough, I am sure you can easily recall receiving at least one very special letter, handwritten, just for you, from someone who held a special place in your heart. Better still, you may remember a certain ongoing correspondence. Maybe it was with your mother or father while you were away at school, or a long distance relationship with a very close friend or a lover, or perhaps you were serving overseas and received some anxiously awaited letters from home. Remember how precious a treasure that was to you? Likely you held on to a particular letter and kept it for years, maybe even a lifetime. If you were fortunate enough to receive a number of such missives, you may have tied them with a ribbon and placed them in a treasure box. Perhaps your children or grandchildren were blessed with the gift of discovering these treasures and enjoying them fresh and anew.


Young people today sadly may have never received anything like that. Upcoming generations certainly never will if we allow this to happen. How tragic would that be?

Generations past had a much greater command of language than people do today, both written and spoken. Why? Because they used it! They were prolific in the written word. It was the only way they had to communicate with those afar off. Even with their immediate, close relations, they did not have text, internet and cellphones. If they were going to be out of pocket they had to leave a note to communicate why and where they would be. To conduct business, sell their products, solicit services, they had to send letters.

Today’s society will soon be down to grunts and emo gees. Everything has been cut down to short phrases or worse yet anagrams and acronyms. We have nearly lost the art of communication, both oral and written. We are being conditioned for trans-humanism, the blending of humans with robots and/or computers.

Picture typewritten letters or hand printed box letters on a page. Like little soldiers they all stand uniform and erect. No room for individuality or creativity. Taking away cursive writing is just another way they are molding our children into mindless clones. Removing their individuality and developing in them the hive mind. A person’s handwriting is as unique to the individual as their fingerprint or their voice. How a person writes not only gives you clues about their personality, but people actually have made significant changes in their personality by merely changing their handwriting.

Please take the time to visit the following websites. You will gain some fresh insight and new appreciation for the art of writing. 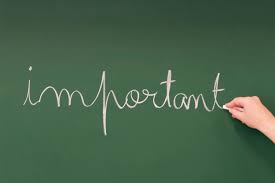 Can changing your handwriting change your life?

7 Reasons We Should All Be Writing More Letter

Once all but left for dead, is cursive handwriting making a comeback?

Fighting for cursive: more lessons could be coming to E. Texas schools