1st Corinthians 6:19 “What? know ye not that your body is the temple of the Holy Ghost which is in you, which ye have of God, and ye are not your own?”

Rev. Austin Miles – The trendiest trend today, which is witnessed amongst hip young people, is a stupid recreation called, Vaping. It is actually the same thing as smoking but it is a longer type of cigarette. Instead of it being a cigarette, it is a metal tube, that one sucks the end of, taking in the chemicals-with-a-kick, that goes into the lungs,followed by the smoke slowly flowing out of their noses and mouths. It is done with such a flourish that one expects to see a deep bow from the smoker as the last bit of smoke dissolves into the air.

Even though vaping is a rather new habit, already some people have died as a result of it. Yet they heralded this as ‘the joy of smoking without the risks.’ As is widely known, cigarettes were laced with nicotine which was the direct cause of cancer which killed thousands of people. Even though it was PROVEN that nicotine caused deadly cancer, the cigarette makers denied it. Nicotine is also a drug that is addictive. Once that is allowed in the system the body demands more and more of it. Then you are hooked.

Those same cigarette merchants who marketed this disguised new cigarette suggested it was safer, implying that there was no nicotine involved in vaping. Oh yes there is.

L I E S !! And yes, vaping is as addictive as the regular cigarette even though the merchants have denied that. So this means that it is OK to lie if there is a lot of money involved? Apparently so. This is why the headline calls this the ultimate Bait and Switch Scheme. The merchants tried to pull the wool over our eyes to claim there is no nicotine in E-Cigarettes. But there IS nicotine in the E-Cigarettes.

What is more, the tubes the Marks suck on is made of metal and research shows that most of the metal used is TOXIC !!! So this ‘bait and switch’, based on the lie that the product is safer than regular cigarettes is yet another lie by greedy merchants. The word Marks in the last sentence refers to a carnival term meaning, “sucker.”

While a young boy, much expensive effort was made to get all teens and even pre-teens into smoking. Beautiful young girls, perfectly groomed with short skirts with a tray held by straps around their necks came on the school grounds and greeted all of us affectionately. Each tray was filled with four-cigarette packs resembling the real Camel’s product. And these were given to teens and pre-teens which our school mostly had. They knew that these cigarettes would be tried and a steady customer would result.

Film-making uses what is known as “Product Placement.” One film I was in for Hallmark had a scene where the star had ordered a Pizza which was delivered, in a box with their logo, Round Table Pizza, very prominently shown in the scene while the lead actor took a bite and said, “Wow, this is GOOD.” A lot of money is paid out to the studios by these merchants.

The biggest and most destructive product placement in history was the showing of actors in a scene lighting up and smoking a cigarette. It became almost shic to be seen smoking. Then different designed cigarette cases would be taken out of a pocket or purse, opened, and the cigarette taken out with a flourish. Some actors decided to use a fancy holder to hold their cigarette as they smoked it. Yep, that too became chic. Many of the fan magazines showed prominent actors holding a cigarette in the photos.

I was visiting an aunt in Switzerland and saw a photo of her with a cigarette in her hand. “Tante Clara, I didn’t know you smoked.” “I don’t” she replied, but I wanted to look sophisticated in the photo like the movie stars do.”

The low-life people who manufacture and sell what we can call, “cancer sticks” know full well that after you have smoked a couple of the nicotine laced product, you quickly get hooked and MUST continue buying the product. Even though the tobacco CEOs KNEW that people would die over smoking, they did not care. It made them rich, that was the only thing that counted in their lives.

I almost lost my wife due to cigarettes. She had smoked since she was 16, now she was in her 50’s. The black spots on her lungs were discovered during a medical exam. The prognosis was dire. They said the cancer would be fatal.

I took it to God and began praying the healing Scriptures. Then God impressed on my heart that I was to show total obedience to Him and fast, meaning, no eating from this time on. I began immediately. The hospital did all the could to keep her going. I told Shirley that she must immediately stop smoking. “But I can’t” she said. “I’ve tried it and absolutely cannot stop. “God will help you,” I said to her.

At one point during fervent prayer, I cried out to Heaven: “God, I will continue to fast until my wife is healed or I die.” I mentioned that to Shirley, then said to her to remember how if I missed a meal I would quickly feel ravaged. “I’ve now been fasting for 21 days and have not felt one hunger pain, no headaches and was still working full time with the church.

“So,” I continued, “God helped me over my usual hunger pangs and He will help you quit cigarettes. Indeed, you MUST stop smoking NOW. This will give God something to work with.” Shirley tossed her cigarettes and she had no problems. Yes, God was helping her.

Yes, it was over. I continued my fast for 41 days. We had an appointment with her doctor, they re-X-rayed her and her lungs were clear. God did intervene and Shirley and I continue a great life together.

Those cigarette manufacturers were driven only to make money. No matter who is hurt by how they make that money. That is what the Bible means by ‘The Love of Money is the Root of all evil.” 1 Timothy 6:10

Take notice, being rich or having money itself is not sin. Indeed if God blesses you with riches, be a good steward with that money you have been entrusted with. Help people that need help, sponsor a missionary, sponsor a child in a foreign country who needs help.

Again people, don’t fall for this ‘Bait & Switch” that the unconscionable cigarette producers have pulled on us. During a personal appearance at an arena in Canada, I was asked to announce that ‘no smoking is permitted in this arena.’ I couldn’t help but take it further. “And to you young people in the audience, do not even start trying to smoke. You only have one set of lungs, take care of them.”

That was followed by a concussion of BOOS from the audience. I couldn’t believe it. But I could not leave it there, so picked up the mic and said, “I can’t believe this. Any country who would boo someone for suggesting that young people take care of their lungs by not smoking, is not ready for self government.” And you know something? I meant it. That made me mad. And the startled audience settled down. 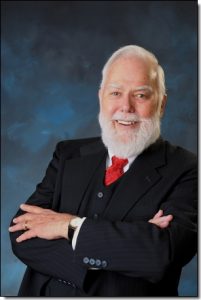 Rev. Austin Miles has broken many major stories including the required study of Islam in the public schools, and reviews books, movies and concerts which brought him an award from University of California at Fullerton for Critical Review.

He was a writer/researcher and technical consultant for the multi-award winning series “Ancient Secrets of The Bible,” which debuted on CBS TV and has been in constant re-runs since. Email: chaplainmiles@aol.com   Website here http://revaustinmiles.com/