It is NOT a Syndrome. It morphed into a Full Blown Disease long ago

Trump Derangement Disease, T.D.D., will never be cured as it has combined with D.A.D.D. Dumb Ass Democrat Disease 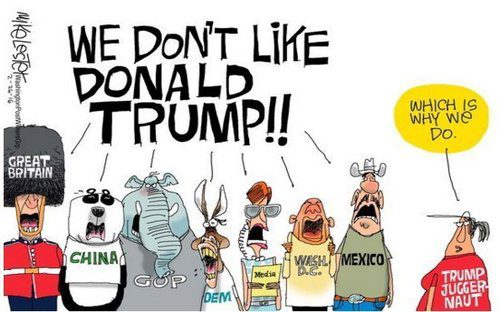 We will update you on the Disease as it progresses!

Bette Midler Urges Biden to Kick Trump in the Nuts for ‘Murdering 200,000 People’

Shalala: I Wouldn’t Take COVID Vaccine Trump Had Anything to Do with

Rob Reiner Claims Justice Coming for Trump: ‘In 42 Days We Will Arrest the Killer’

MSNBC’s Hayes: Trump Is Openly Plotting ‘Coup to Steal the Election’  These Clowns are ALWAYS Projecting!

Schumer Calls for Probe into Treatment of Protesters Outside White House

Democrats Livid as Historic Recovery Begins – Market Increase Since March Is Greatest Ever!

CNN’s Homosexual Don Lemon: ‘We are teetering on a dictatorship’ after Trump’s George Floyd address

President Trump holds naturalization ceremony at GOP convention, and MSNBC is melting down over it! Communist Joy Reid says ‘It’s an abomination’