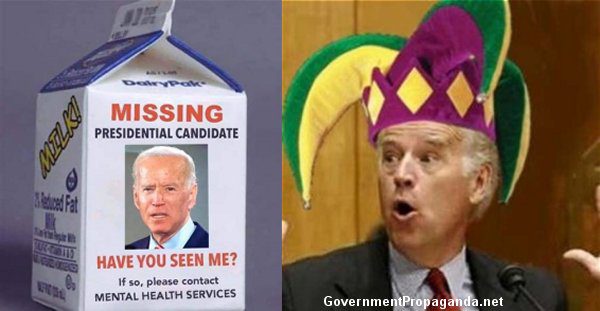 Geoffrey Grider | NTEB – “I don’t think that there should be any debates,” Nancy Pelosi told reporters. In order for Joe Biden to win, Nancy Pelosi and the Democrats need to have mail-in voting, cancel the debates, and keep Joe from opening his mouth as much as possible. Even then it’s a crazy long shot. Donald Trump has pulled even in the polls, the fat lady is warming up. Somebody tell Joe it’s nap time.

FROM THE HILL: Speaker Nancy Pelosi (D-Calif.) said Thursday she doesn’t think there should be any presidential debates ahead of the November election, arguing Democratic presidential nominee Joe Biden shouldn’t “legitimize” a discussion with President Trump.

“I don’t think that there should be any debates,” Pelosi told reporters. “I do not think that the president of the United States has comported himself in a way that anybody has any association with truth, evidence, data and facts.”

“I wouldn’t legitimize a conversation with him nor a debate in terms of the presidency of the United States,” she added.

“I think that he’ll probably act in a way that is beneath the dignity of the presidency,” she said, citing what she called his “disgraceful” actions during the 2016 debates with former Secretary of State Hillary Clinton.

“He does that every day,” she added. “But I think he will also belittle what the debates are supposed to be about.”

Instead, Pelosi proposed that the candidates take separate stages and answer questions about their policies in a “conversation with the American people” instead of “an exercise in skulduggery.”

But she acknowledged that the Biden campaign “thinks in a different way about this.” The Speaker’s remarks come as some within the Democratic Party have said Biden shouldn’t participate in debates with Trump, pointing to the polling advantage Biden has over the president.

Pelosi had hinted that she didn’t think Biden should debate Trump during an interview last week with David Axelrod on his podcast.

“My view, I wouldn’t even debate Trump because unless you have a lie detector, or a truth teller,” she told “The Axe Files,” adding that Biden “has said he will, and that’s great.” She also alleged the press have “enabled a lot of Trump to happen.”

“Remember when he was stalking Hillary Clinton during the debate,” she said. “Why wouldn’t the press have said go back to your place? Why did they let that happen?”

The Biden campaign has dismissed advice to skip the debates, with a spokesman saying earlier this month that he looked forward to debating the president. Biden on Thursday also  addressed the Speaker’s comments on MSNBC’s “Andrea Mitchell Reports,” confirming that he will debate Trump.

“I’m gonna debate him,” he said. “I’m gonna be a fact-checker on the floor while I’m debating him.” READ MORE

Nancy Pelosi: ‘I Don’t Think There Should Be Any Debates’

House Speaker Nancy Pelosi spoke to reporters on a range of subjects including stimulus negotiations and the pandemic, but people are taking note of her saying “I don’t think there should be any debates.”

Joe Biden Struggles To Complete Sentence About His Mental Fitness

JOE BIDEN: “No, I haven’t taken a test. Why the hell would I take a test? C’mon man. That’s like saying you, before you got in this program, if you take a test where you’re taking cocaine or not, what do you think huh? Are you a junkie?”