Someone needs to fix the malfunction in Biden’s brain implant that he got from Elon Musk.

It could be a glitch or it is wired wrong. It may even be one of his Inept handlers entering the wrong data, or his scatter brain can’t compute the signals. In any case Joe is out of his mind!!

Worn Out Biden Short Circuits Yet Again, Struggles to Get Thru Interview Question During Virtual Event

11 Warning Signs of Gaslighting – Gaslighting is a manipulation tactic used to gain power. And it works too well. 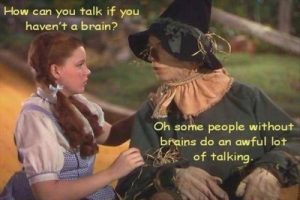 Despite the fact Democrats have made “defunding the police” a central policy platform by the likes of Reps. Alexandria Ocasio-Cortez (N.Y.), Ilhan Omar (Minn.), and dozens of others (including Biden himself), Biden incredibly claimed that President Trump is “the only one” who wants to defund the police.

.@JoeBiden: “The only person calling to defund the police is Donald Trump.” pic.twitter.com/CKi51jaXOS

Biden has denied wanting to defund the police in recent weeks amid the Democrats’ recent polling backlash.

But the rest of the Democrat Party not only is calling for defunding police, they’re actually doing it.

Omar has also called for “dismantling” the Minneapolis Police Department following devastating rioting by Black Lives Matter that resulted in nearly half a billion dollars of property damage.

Joe Biden says she’s “smart.” He’s too weak to stand up to her!pic.twitter.com/eO3HtVYRei

Rep. Ayanna Pressley (D-Mass.) claimed in June that defunding the police was “about true reparations.”

Then of course, there’s the hundreds of video clips showing leftists and Biden supporters chanting “Defund The Police” in the streets throughout the summer, even painting the slogan in giant yellow letters in D.C.

Meanwhile, Trump has consistently voiced his support for law enforcement amid the nationwide far-left riots engulfing America, and even released a memo last week directing federal officials to review ways to withhold funding from cities that decide to defund or abolish their police forces.

“My Administration will not allow Federal tax dollars to fund cities that allow themselves to deteriorate into lawless zones,” Trump wrote in the memo.

“To ensure that Federal funds are neither unduly wasted nor spent in a manner that directly violates our Government’s promise to protect life, liberty, and property, it is imperative that the Federal Government review the use of Federal funds by jurisdictions that permit anarchy, violence, and destruction in America’s cities.”

Users on social media quickly picked up on Biden’s lie

Biden's campaign is one gigantic gaslight:

Biden wants to "re-direct" (cut) police funding, so he claims Trump wants to defund the police.

Biden supporters are burning down communities, so he blames Trump supporters. https://t.co/jCa09LmCGg

When the dementia hits you hard… https://t.co/AgDL6DiQeA

Biden's new slogan appears to be "I know you are but what am I?"

.@JoeBiden: "The only person calling to defund the police is Donald Trump … he's pathological." 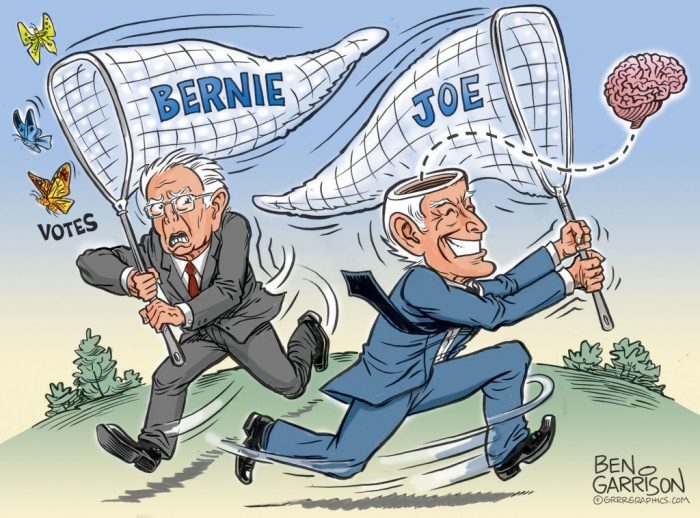