She is also one of those Silly Black Women 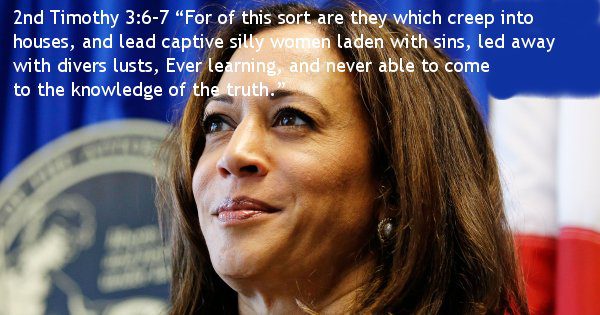 Sons of Liberty – We all know that Senator Kamala Harris is not only a political whore, but an actual one, as we were told by her former lover and adulterer Willy Brown.  However, in the political whoring venue, she has been advancing the cause of reparations for descendants of black slaves, of which, none exist today in the US nor do any slave owners.  Yet, now we are discovering more of the utter hypocrisy of this criminal senator as slave registers from London have uncovered the fact that her ancestors actually owned slaves, meaning a big chunk of Harris’ money could be up for grabs for welfare recipients and those wanting a free ride in the coming days if the Socialists get their way.

According to an essay titled Reflections of a Jamaican Father, written by Donald J. Harris., Kamala Harris’ father:

My roots go back, within my lifetime, to my paternal grandmother Miss Chrishy (née Christiana Brown, descendant of Hamilton Brown who is on record as plantation and slave owner and founder of Brown’s Town) and to my maternal grandmother Miss Iris (née Iris Finegan, farmer and educator, from Aenon Town and Inverness, ancestry unknown to me).  The Harris name comes from my paternal grandfather Joseph Alexander Harris, land-owner and agricultural ‘produce’ exporter (mostly pimento or all-spice), who died in 1939 one year after I was born and is buried in the church yard of the magnificent Anglican Church which Hamilton Brown built in Brown’s Town (and where, as a child, I learned the catechism, was baptized and confirmed, and served as an acolyte).

So, Harris is the descendant of a plantation owner who also owned slaves and founded Brown’s Town.  That is the admission of Harris’ own father.

Hamilton Brown was not only a slave owner, but also an engineer of mass Irish migration to Jamaica after the British empire abolished slavery in 1834.

Jamaican Family Search recorded: “Hamilton Brown owned several plantations over the years 1817 to about 1845. According to the 1818 Almanac which can be found on this site, (Jamaican Family Search) , he was the owner of Minard (128 slaves) which he must have acquired from its previous owner (John Bailie) in 1815 or later. The number of slaves on this estate approximates the number of slaves in one of the registers attributed to his ownership (124 slaves). The other register (86 slaves) cannot be assigned to any estate, although he is listed in Almanacs for subsequent years as owning several, (Antrim, Grier Park, Colliston, Little River, Retirement and Unity Valley).”

Here is a full accounting of the slaves owned by Hamilton Brown, according to the National Archives in London, as of June 28, 1817 in the parish of St. Ann in Jamaica:

Hamilton Brown officially swore to the authenticity of this record, stating:

“I Hamilton Brown do swear that the above list and return consisting of two sheets is a true perfect and complete list and return, to the best of my knowledge and belief in every particular therein mentioned of all and every slaves possessed by me as owner, considered as most permanently settled, worked and employed in the Parish of Saint Ann on the twenty Eight day of June One thousand Eight Hundred and Seventeen without fraud, deceit or evasion So help me God.

Sworn before me this twenty fourth day of September 1817” 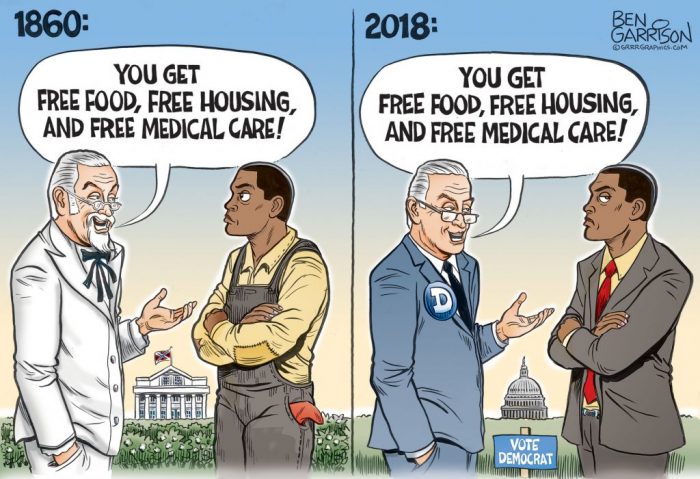 According to the University College London’s project “Legacies of British Slave-ownership,” Hamilton Brown was also Major attorney and resident slave-owner in Jamaica.

Additionally, it names Brown as “instrumental in the importing of several hundred labourers and their families from Ireland to Jamaica between 1835 and 1840.”

Rather interesting, don’t you think?  Why are there no calls from the same people uprooting our American history with the destruction and public removal of Confederate monuments based on the claims of slavery to have Brown Town renamed?  Because it’s in Jamaica?  Come on!  This is about nothing but hypocrisy here.

It’s worse than that though.

Senator Harris has claimed to be African-American.  She simply is not.

And not only that, but her father has never referred to himself as “Black.”  Yet, they both are descendants of a white slave owner.

2. Donald J. Harris is "Jamaican" but I have not found any evidence that he has referred to himself as "Black". I have found that he and Kamala do acknowledge that they are direct blood descendants of an infamous white SLAVE OWNER in Jamaica named Hamilton Brown.

With all that said, a biblical view would be that there is simply one race, the human one.  However, I apply here these people’s own world view on them in their quest for racism while using racism to beat people about the head and shoulders with which they disagree.

Harris’ 2020 presidential bid is a no go.  There’s no way she’s getting anywhere near the Oval Office and she knows it.  This is only about her ego, but we’ll continue exposing her crimes and her hypocrisy.

Article posted with permission from Sons Of Liberty Media