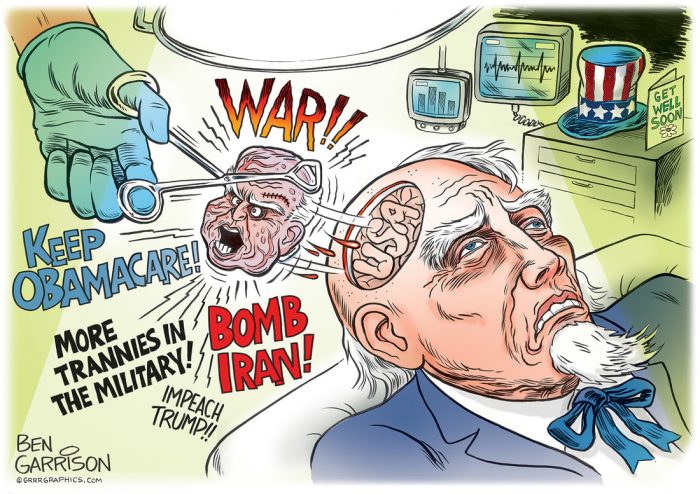 A transcript is as follows:

DAVID AXELROD: What would John McCain be saying right now?

CINDY MCCAIN: I think he’d be disgusted with some of the stuff that’s going on. I really do. He’d be railing against what’s going on. I think John provided a lot of cover for other members and when he would do it, they could get behind him. I’m not seeing a real rudder in the Senate right now.

AXELROD: Why do you think that is? It seems like there’s this sort of reign of terror about taking on the president and criticizing him.

Listen to the traitors Tokyo Rose Broadcast praising the Enemy Communists to save his ass!

John McCain is in Hell and the Demons that Possessed him have entered other Traitors and Communist Scum! Maybe even ole Cindy and Meghan!

See  The Wrath of John “The Traitor” McCain