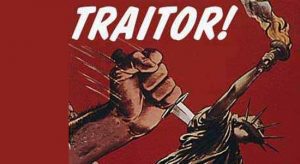 Several high-profile establishment Republicans have expressed opposition to President Trump and have signaled that they will actively support his Democrat opponent, Joe Biden (D), in November.

Democrats made a splash during Monday’s Democratic National Convention after featuring Republicans who are all in for the former vice president.

“But this isn’t about a Republican or Democrat, it’s about a person,” former New Jersey Gov. Christine Todd Whitman (R) said during an appearance at the Democratic National Convention.

“A person decent enough, stable enough, strong enough, to get our economy back on track. A person who could work with everyone, Democrats and Republicans, to get things done. Donald Trump isn’t that person, Joe Biden is,” she said.

Meg Whitman, chief executive of Quibi, also spoke, describing herself as a “longtime Republican and a longtime CEO. ”

“And let me tell you, Donald Trump has no clue how to run a business, let alone an economy. Joe Biden, on the other hand, has a plan that will strengthen our economy for working people and small-business owners,” she said. “For me, the choice is simple. I’m with Joe.”

Former Rep. Susan Molinari (NY), a Republican, also issued Biden support, telling the audience that she is “honored to join in supporting his candidacy for president.”

And of course, the DNC featured former Ohio Gov. John Kasich, a Trump critic and self-identified Republican, who gushed over Biden, calling him a “man of faith” and “unifier.”

However, those are far from the only Republicans who have signaled support for Biden. Others include former Defense Secretary Chuck Hagel, who called Biden the “right person,” former Secretary of State Colin Powell, who claimed Trump has “drifted away” from the U.S. Constitution, former Republican presidential candidate Carly Fiorina, who called Biden a “person of humility and empathy and character,” former White House communications director Anthony Scaramucci, who formally called for a change to the Republican ticket last year, and former Homeland Security Department Chief of Staff Miles Taylor, who stated that he is “confident that Joe Biden will protect the country,” and added that he is “confident that he won’t make the same mistakes as this President.”

Sen. Mitt Romney (R-UT), who voted to impeach the president during the failed impeachment trial, has said he will not support Trump in November, although he has not said he is voting for Biden. Similarly, Sen. Lisa Murkowski (R-AK) said she is “struggling” on whether to support Trump’s presidency.

According to Forbes, four former GOP senators backed Biden, while other officials have, in the very least, expressed opposition to the president, falling short of explicitly endorsing the former vice president:

Four former Republican Senators have come out for Biden: David Durenberger of Minnesota and Gordon J. Humphrey of New Hampshire (both independents now), John Warner of Virginia and Jeff Flake of Arizona, who called a Trump second term “a real danger.”

The last living former Republican president, George W. Bush, has said he won’t back Trump. Nor will his brother Jeb Bush, the former governor of Florida who was mercilessly ridiculed by Trump when they fought for the GOP nomination in 2016. Trump’s former Defense Secretary Jim Mattis and former Chief of Staff and Homeland Security Secretary John Kelly have both expressed opposition to Trump as well, with Mattis calling him “the first president in my lifetime who does not try to unite the American people—does not even pretend to try” and Kelly saying he wished “we had some additional choices.” Other ex-Trump officials have spoken out against him as well, including Homeland Security advisor Tom Bossert, communications staffer Omarosa Manigault, National Economic Council director Gary Cohn, Navy Secretary Richard Spencer, Secretary of State Rex Tillerson and National Security advisor John Bolton.

Additionally, there is also a crop of Never Trump Republicans, such as Rick Wilson and his anti-Trump Lincoln Project. On Monday, the Lincoln Project responded to former First Lady Michelle Obama’s call to take the high road, remarking, “We go low so you don’t have to”: 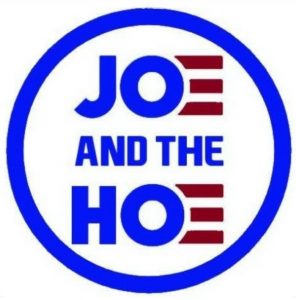