Skip to content
Mattress dragged into middle of the road during chaos. 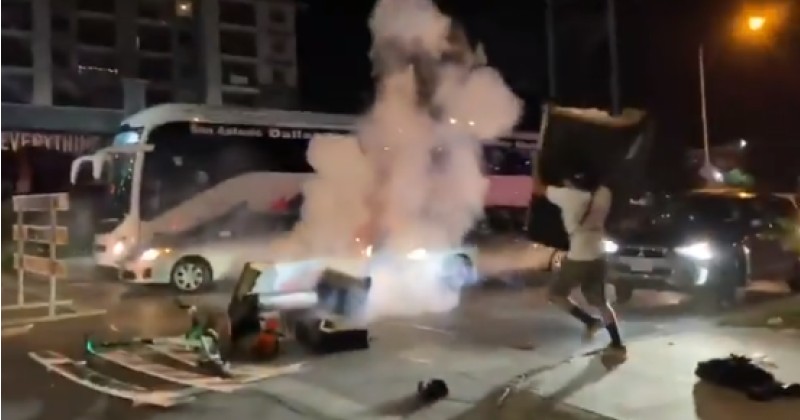 One clip shows Antifa extremists dragging road signs, traffic cones and a mattress belonging to a homeless person into the middle of the street as they build a pyre to set ablaze.

Another clip shows rioters setting fire to another homeless veteran’s mattress before they cheer and celebrate. Rioters take selfies in front of the homeless man’s mattress as he attempts to extinguish the flames.

People are trying to blame the destruction of the homeless people's property on Infowars.

Here are multiple angles of rioters stealing from and burning the property of the homeless throughout the night and starting fires near their camps. pic.twitter.com/7LnnS7GvBL

The incidents occurred near I-35 as rioters attempted to drag people out of their cars and beat them.

Over the last few days, the media has tried to contrive a narrative that “white nationalists” are responsible for the violent riots, despite there being literally no evidence that this is the case.

As we highlighted earlier, George Floyd’s brother condemned the violent riots, asserting, “If his own family and blood are not doing it, then why are you?”