The Covid Clown Cult is always screaming about following the Science and Facts…., Well here ya go!

A viral video compiled using the military’s own Defense Medical Epidemiology Database (DMED) shows vaccine-induced side effects within the DOD’s own ranks, including cancers and miscarriages, have skyrocketed.

During the panel, Renz stated via three whistleblowers that post-vaccination miscarriages and cancers were up 300 percent over a year, and that neurological disorders had increased ten-fold among DOD personnel.

“I have declarations from all three [that] this data is under penalty of perjury. We intend to submit this to the courts,” Renz told Sen. Johnson.

A video breakdown, produced by military whistleblower group Terminal CWO – which claims to be made up of active duty Chief Warrant Officers – backs up Renz’s claims that adverse reactions are on the rise since the Covid jab’s rollout. 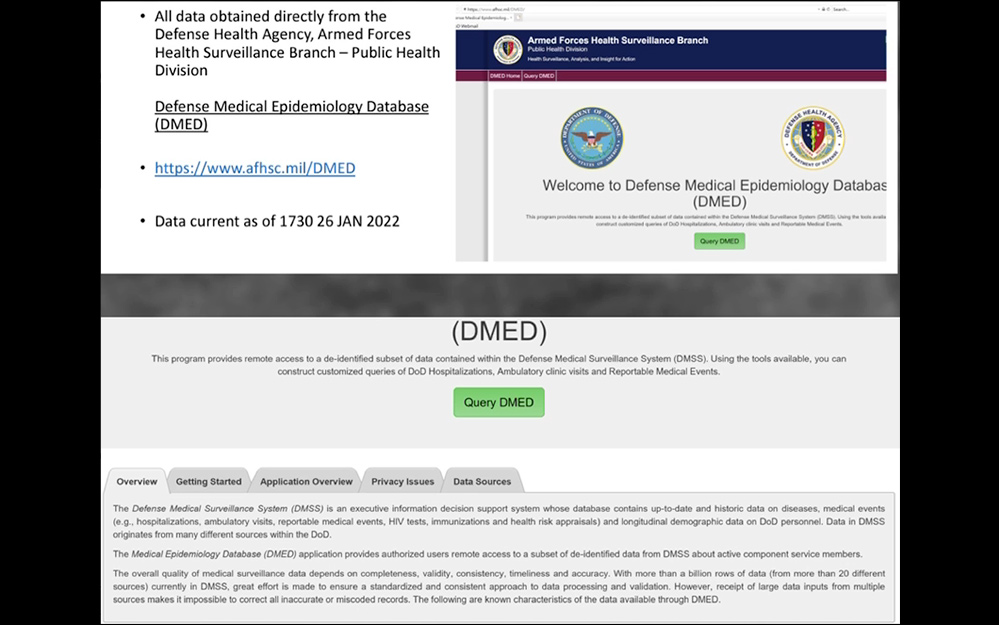 As explained by the video’s narrator, the DMED is similar to VAERS in that it documents adverse reactions, except that it pertains only to DOD personnel and “only medical providers can input information into the system.”

Screenshots provided by Terminal CWO from the DMED show an increase of 269% in cases of acute myocardial infarctions (heart attacks):

A 175% increase in acute pericarditis:

A 285% increase in acute myocarditis:

A 467% increase in pulmonary embolisms:

A 905% increase in dyspnea, or difficulty breathing.

The video also shows startling increases in other illnesses, including neurological issues such as Bell’s Palsy and Guillain-Barre Syndrome, menstrual issues, a 306% increase in spontaneous abortions, or miscarriages, and a near 300% increase in neoplasms (cancers).