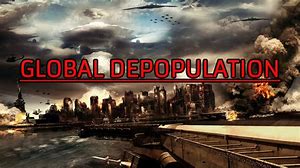 Natural News – In a little-known Reuters story that garnered almost no attention in the corporate media, Dutch insurer Aegon revealed its third quarter, 2021 life insurance payouts skyrocketed 258% compared to third quarter, 2020 payouts. The difference, of course, is found in Covid vaccines. In 2020, vaccines weren’t yet available, so payouts for Aegon only reached $31 million. But after three quarters of aggressive vaccinations throughout 2021, the death benefit payouts hit $111 million, an increase of 258%.

From Reuters via Yahoo Finance:

Dutch insurer Aegon, which does two-thirds of its business in the United States, said its claims in the Americas in the third quarter were $111 million, up from $31 million a year earlier. U.S. insurers MetLife and Prudential Financial also said life insurance claims rose. South Africa’s Old Mutual used up more of its pandemic provisions to pay claims and reinsurer Munich Re raised its 2021 estimate of COVID-19 life and health claims to 600 million euros from 400 million.

Insurance companies are slowly coming to realize the truth about covid vaccines, even as the complicit, murderous mainstream tries to cover up the accelerating deaths. The death signals now emerging in the finances of insurance companies can’t simply be swept under the rug, and given that a 258% increase was recorded for Q3, 2021, it begs the obvious question: How much worse will this be for Q4, 2021? Or Q1, 2022?

Aegon is reporting a 258% increase in payouts on life insurance policies. Although Aegon doesn’t insure the entire country, obviously, this data point should be raising alarms among those people paying attention. If we start to consistently see something like a 200% increase in all-cause mortality, that would mean an extra 15,000+ people are dying each day in America. That’s a vaccine holocaust playing out in real time.

Truth be told, we’re probably at that point right now. The data sets just haven’t caught up yet with the reality of what’s happening in February, 2022. Cancer death rates have almost certainly doubled in 2021 and are headed for even higher numbers in 2022, but the cancer industry — dominated by pharma interests — will of course bury the numbers as long as possible to avoid anyone asking questions of why so many people are dying from cancer all of a sudden.

The answer is obvious: It’s the mRNA vaccines.

FIRST Documents PROVE Thousands are being KILLED by the Vaccine!

28-Year-Old Woman Severely Injured by Vax Shares Tragic Tale of Vaccine Regret: “I Believed This Would Protect Us and The People Around Us”