That is a MAN who is an ORIGINAL founder of a WOMAN’S organization!

Let that sink in for a bit… Now take in consideration this scripture: 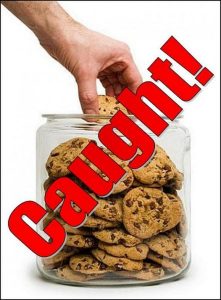 Big League Politics – An organizer of the original 2017 Women’s March in Portland, Ore., has been indicted for allegedly stealing thousands from the organization.

“Rebekah Katherine Brewis was indicted Tuesday by a grand jury in Multnomah County on three counts of first degree aggravated theft from the Women’s March on Portland and two counts of felony computer crime,” according to The Oregonian.

Each of the three counts of theft are specified as “of the total value of $10,000 or more.”

“In the Facebook post, Jacobsen wrote that after the event, PDX Trans Pride refused to account for the funds, which Jacobsen believed to be at least $22,000 from t-shirt sales and an unknown amount in direct donations,” the report said.

The Oregonian noted that during its own investigation, it found that PDX Trans Pride was not even a registered non-profit, and thus could not legally collect tax-deductible donations.