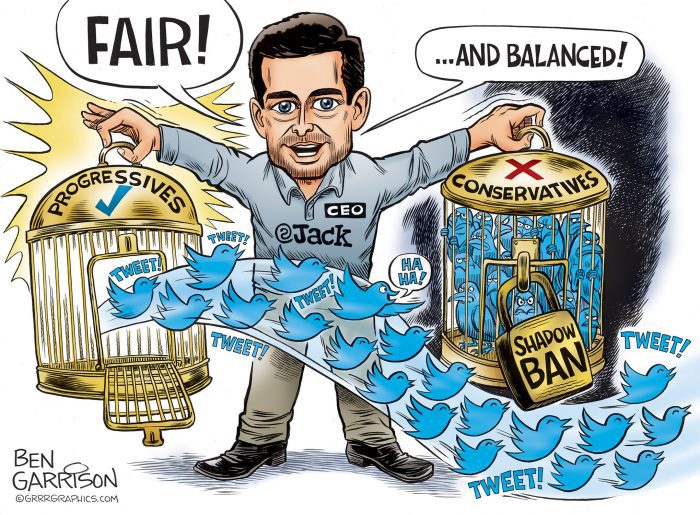 Sean Adl-Tabatabai | News Punch – Twitter was caught censoring several of President Trump’s tweets on his own timeline over the weekend.

Shortly after, Twitter then began suspending accounts that President Trump had recently retweeted to his followers.

Thegatewaypundit.com reports: Twitter user “The Right Melissa” caught Twitter shaving thousands of likes from one of his Pelosi tweets.

Busted! Watch twitter shave off tens of thousands of likes off President Trump’s tweet exposing Pelosi’s Ukraine Corruption. Not only are they removing likes, they have deleted many of his tweets off his home page. This is soviet style censorship of our President. Chilling pic.twitter.com/OuZidCIQxh

CNN was TRIGGERED that President Trump would retweet #QAnon accounts!]

CNN is definitely not happy that @realDonaldTrump is retweeting #QAnon accounts… pic.twitter.com/rOOV8VHL2x

Soon after this Twitter began removing the accounts retweeted by President Trump.

Twitter confirmed they took the accounts down… After CNN and others complained.

A Twitter spokesman confirms that the platform has suspended some of the MAGAsphere accounts that Trump RTed in a tweetstorm last night — for unspecified violations of Twitter Rules. Some of the accounts looked very spammy and suspicious.

Looks like two accounts Trump quote-tweeted last night have since been suspended.

UPDATE: Brian Stelter had a problem with our report.
ALX set him straight!