Be it known that the New York Times is Staffed with God hating Atheists, Satanists, Witches, Radical Feminists, Homosexuals, Lesbian, Abortion lovers, Pedophiles and Tranny’s! They ARE a Cesspool of EVIL! 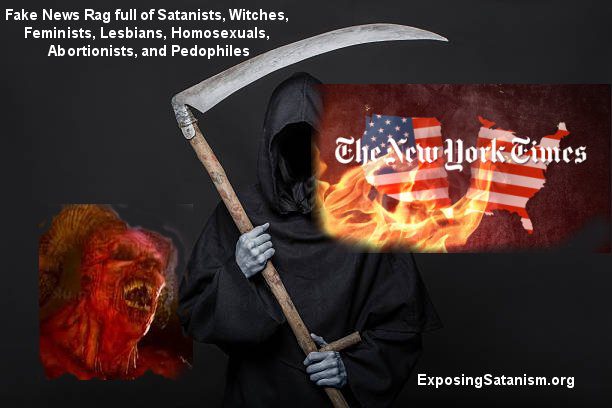 Breitbart News – The New York Times is in disarray after its editorial page published an op-ed by Sen. Tom Cotton (R-AR) that upset its readers and its own staff by calling for using the military to help restore order inside American cities gripped by violence, looting, and crime after the death of George Floyd.

Cotton’s op-ed sparked outrage from the left, including some who argued the Times was putting black lives in danger. Many subscribers said they were going to cancel their subscription.

The Times tried unsuccessfully to quell the outrage. Its editorial page editor, James Bennet, first added a note to the top of the op-ed explaining why the paper published the op-ed.

Then he took to Twitter to explain but was met with more criticism. The paper’s own staff is also reportedly upset. One of its editors, Bari Weiss, tweeted that there is a “civil war” breaking out inside the Times.

The Times’ leadership has scheduled a town hall on Friday to discuss the op-ed with its staff. Read much more at Breitbart News