Psalms 106:37-43 “Yea, they sacrificed their sons and their daughters unto devils, 38 And shed innocent blood, even the blood of their sons and of their daughters, whom they sacrificed unto the idols of Canaan: (America)  and the land was polluted with blood.39 Thus were they defiled with their own works, and went a whoring with their own inventions. 40 Therefore was the wrath of the LORD kindled against his people, insomuch that he abhorred his own inheritance. 41 And he gave them into the hand of the heathen; and they that hated them ruled over them. 42 Their enemies also oppressed them, and they were brought into subjection under their hand. 43 Many times did he deliver them; but they provoked him with their counsel, and were brought low for their iniquity.” 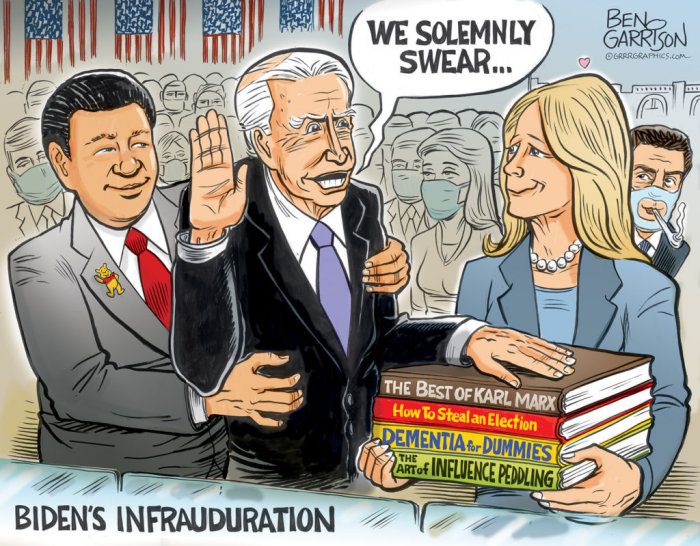 GOP Lawmaker Marjorie Taylor Greene Introduces Articles of Impeachment on President Joe Biden  It won’t see the light of day, but maybe it will be a fall back for Kamala and Klan to oust Joe and hijack the presidency which is the plan!

Communist Professor Calls For The Elimination of the Republican Party and Purging “Nazified” People From Congress, Universities, and “Regular Jobs”

Press Secretary Jen Psaki Tells Reporter Biden Is ‘Devout Catholic’ When Asked About Abortion  In other words, he can do as he pleases. Lie, cheat, steal, deceive, molest children, and is in good standing if he gets in a booth with a priest and….!!

Biden Family Violates Mask Mandate for Photo Op The gods can do that ya know!