Psy-Op is short for Psychological Operation: Techniques used by military and police forces to influence the beliefs, emotions and behavior of citizens.  See Dr. Steve Pieczenik’s website. He was in charge of all of Psy-Ops!! 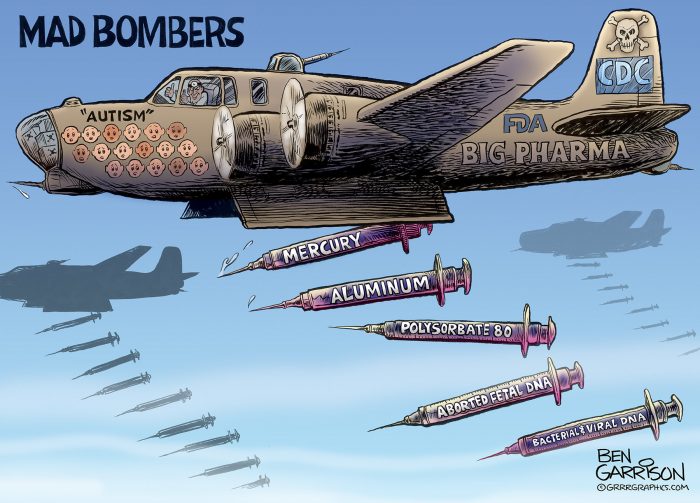 Ethan Huff | Natural News – The federal government is ramping up its Ebola propaganda campaign once again with a new announcement from the Centers for Disease Control and Prevention (CDC) about a newly released Ebola rapid diagnostics test, which just so happens to coincide with the release of a new Food and Drug Administration (FDA)-approved Ebola vaccine that the agency claims has a “100 percent effectiveness” rate.

Just three days before this new Ebola vaccine was publicly announced, the CDC issued an Ebola “health advisory” urging healthcare providers that are “interested in testing for Ebola virus in ill returning travelers” to “isolate the patient and contact their state or local public health authorities” for further instructions – which of course will include recommendations that suspected Ebola patients be injected with Ebola vaccines.

In tandem with the FDA, the CDC is urging healthcare providers to take “[a]n assessment of epidemiologic risk factors for Ebola,” as well as compile a “clinical presentation and history” as quickly as possible in order “to ensure patient care is not compromised.” And wouldn’t you know it, but the FDA is waiting in the wings with its brand spankin’ new Ebola vaccine that it’s now urging these same healthcare providers to administer to their patients for “public safety” purposes.

“CDC is available to provide consultation, technical assistance, and confirmatory testing as necessary,” this agency further announced about how it plans to tag-team the FDA in ushering in “awareness,” aka panic, about the alleged threat of an Ebola pandemic.

The federal government has been bringing in potentially Ebola-infected “refugees” from the Congo and dispersing them throughout the country – but there’s nothing to see here, folks!

It is our view that this is all being done in synchronization as part of a coordinated disinformation campaign. The federal government appears to be intentionally creating the conditions necessary for a future Ebola outbreak, or series of outbreaks, to occur, and it now conveniently has all of the “solutions” ready and waiting, including diagnostics tests and Ebola vaccines.

The ultimate goal, here, seems to be to create a major public health crisis in order to push mass vaccination with these new FDA-approved Ebola vaccines, the contents and side effects of which are currently unknown. After all, our own government was caught back in the summer importing migrants from the Congo into our country via Texas, and sending them to the four corners of America and the general public was none the wiser.

Many of these migrants very well could have been infected with Ebola, though we’ll never truly know since none of them were tested before being dispersed all across the country to unknown locations. And now the CDC and FDA are unveiling their vaccine “cure” just in time for what appears to be a planned epidemic.

But these so-called “solutions” are flawed at best, seeing as how the CDC itself openly admits that its new rapid diagnostics test for Ebola isn’t necessarily accurate. Known as the OraQuick Ebola Rapid Antigen Test, this test “may result in false-positive results,” admits the CDC, though the agency is still pushing it “in circumstances where more sensitive molecular testing is not available.”

All OraQuick test results, both positive and negative, are considered to be “presumptive” by the CDC, which means that they must be further verified “through rRT-PCR testing that is available at 69 LRN laboratories located in 49 states and at CDC” in coordination with state and local health authorities.

But once again – and it can’t be stated enough – Ebola is a problem that never would have been a problem in the first place had the federal government not facilitated the bringing in of “refugees” from Ebola-stricken countries. And truth be told, there still isn’t really an Ebola problem, at least not yet, despite the fear-mongering coming from the CDC and FDA.

But one thing is clear: Our country’s “overlords” sure are trying hard to make Ebola a problem. The stage is set, so to speak, for an eventual Ebola outbreak or two, and the government obviously plans to fear-monger the gullible public into accepting its “remedy” in the form of mass chemical injections – all for people’s “protection,” of course.

If the government really wanted to prevent an Ebola crisis here in America, they never would have shipped in Congolese migrants and resettled them all across the country. They also wouldn’t have turned away “Patient Zero” from receiving a proper Ebola test during the last Ebola “crisis” that was reported back in 2014, leaving this patient to potentially infect others.

As you may recall, confirmed Ebola patients were actually sent to local hotels all around New York City several years back, putting other hotels guests and their close contacts at risk of infection. And local health officials were insistent that this was no big deal, and that people shouldn’t worry.

There have been so many instances like this of what appeared to be incompetence that, upon closer investigation, proved to be intentional acts of disease violence by our own elected officials. In other words, the purpose is to intentionally cause an Ebola epidemic, though this evil agenda has thus far been unsuccessful.

But this is not to say that it won’t become successful in the coming weeks or even days as nefarious government entities work tirelessly to weaponize this deadly disease here in the West. It’s only a matter of time before the right combination of factors sends Ebola spreading like wildfire, which is the catalyst that the “deep state” needs to advance its Ebola vaccination agenda.

“Remember, by the time we hear about something, the government agencies have known about it for a while and kept it to themselves so as not to cause a panic,” writes Daisy Luther for The Organic Prepper. “It could be wise to get ahead of the curve with any preparations you may need to make.”

“While these recent developments must be purely coincidental,” she further jokes, “and I’m not suggesting that a widespread outbreak is imminent in the United States, I suggest you pay attention to the patterns that are beginning to emerge.”

For more related news about corruption within our government agencies, be sure to check out FDA.news and CDC.news.

Sources for this article include: