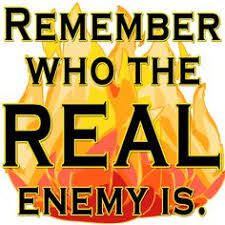 The establishment continues to portray patriots as extremists

It has gone on long enough… The left has increasingly branded everyone in America that doesn’t agree with their narrative with every bigoted title under the sun.

In particular, the left as they are comfortable calling themselves, have thrown a wide net over the rest of America labeling them the dreaded far-right.

But at what point do those branded with the bigoted term of far-right begin demanding their Civil Rights as society becomes gradually segregated based on the bigoted lie?

The majority of us aren’t far-right at all.

In fact, most of the so-called far-right are merely frustrated Americans caught in the middle of a political system that is broken, corrupt, and reeling out of control with the power-mad deeming us the enemy for speaking our minds on a whole host of topics and angles with truth, experience and reason.