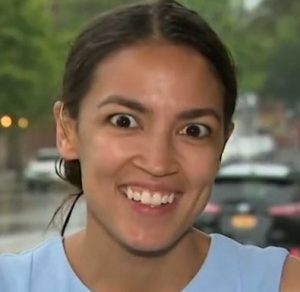 Breitbart News – Rep. Alexandria Ocasio-Cortez (D-NY) dismissed the mounting concerns from establishment Democrats, who fear that she and presidential hopeful Sen. Bernie Sanders (I-VT) are moving the Democrat Party “too far left,” asserting that the ultra-leftist movement is “bringing the party home.”

Ocasio-Cortez stumped with Sanders in Iowa over the weekend and addressed critics who say that candidates like Sen. Elizabeth Warren (D-MA) and Sanders are moving the Democrat Party “too far left” with their proposals for “free” college, Medicare for All, and multitrillion-dollar climate change proposals.

“When people try to accuse us of going too far left — we’re not pushing the party left,” Ocasio-Cortez told the crowd in Coralville, Iowa. “We are bringing the party home.”

“Are you all ready for a revolution?” she continued, using the same rhetoric Sanders has been touting for years. “I sure am.” 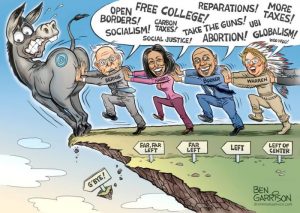 Ocasio-Cortez’s remark follows rumblings of internal panic among establishment Democrats, prompting some – like Michael Bloomberg, Hillary Clinton, and Eric Holder – to consider jumping in the race in a last-ditch effort to revive the Democrat field.

While former Vice President Joe Biden (D) has attempted to present himself as a more “moderate” candidate, the spotlight on his role in his son’s business dealings in both China and Ukraine and his mounting gaffes have some questioning his viability and stamina. Meanwhile, Warren has put a significant dent in his support, even surpassing him in select national and early primary state polls.

Sanders, following his endorsements from three members of the “Squad,” has experienced a second wind and continues to maintain a presence in the top tier of candidates. Both candidates have put forth more radical, socialist proposals – proposals that some doubt will bode well for the Democrat Party in a general election matchup.

A recent poll conducted by YouGov for the Victims of Communism Memorial Foundation found that support for socialism in the United States is falling overall, “dropping from 42% favorability in the 2018 poll to 36% favorability this year,” as Breitbart News reported.